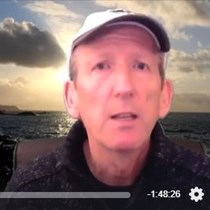 Weʼve raised £1,145 to Help WWF Australia save the animals from the brink of extinction after the recent bushfires.

We've ALL seen the horrendous footage of the terrible bushfires in Australia over the hot season. It was a difficult time for both humans and wildlife. People died, many more lost their homes and entire families lost all their possessions. Huge areas of natural woodlands were destroyed. But it was the cataclysmic effect on the wildlife that got to me the most, with reports of nearly a billion animals wiped out, some species now which are on the verge of extinction.

So I vowed to raise as much money as I could and as I used to be fairly nifty cyclist, and I live in the United Kingdom, I signed up for a Land's End to John O'Groats cycle ride. That's 1,000 miles from Land's End, the southernmost tip of England, to John O'Groats, the most northerly point of Scotland.

I will be cycling with an organised group, Peak Tours, and we'll be cycling 1,000 miles in TEN days. That's 100 miles per day on average.

I probably cycled 100 miles in the last year, so I have A LOT of training to do.

But I will get there.

And I consider myself lucky to be able to do the cycle ride. To have the time and the energy to cycle through 1,000 miles of all the stunning natural beauty that England and Scotland has to offer.

I live on the West Coast of Scotland and my passions are writing, helping people become financially independent, riding my bike and the great outdoors. I was very affected by the terrible fires in Australia so decided to do an epic 1,000 mile ride for WWF-Australia in May 2020.