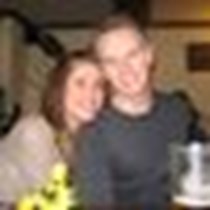 Weʼve raised £125 to Weʼre raising £100 to support the fundraising to build a Tree House at Robert Wilkinson School in Strensall in memory of Jake Bradley Smith.

My husband and I are running the Jane Tomlinson 10k York on Sunday 6 August 2017 to raise money to build Jakes Tree House in memory of Jake who died suddenly aged just 4 years just before Christmas last year.

Jakes Story
Jake Bradley Smith was born on 1st November 2012, at 4 months he had his first prolonged seizure lasting 45 minutes. 2 weeks later he had another prolonged seizure which led to another hospital admission and many tests including 2 lumbar punctures, an EEG, and an MRI. Over the next few months many more seizures followed and in July 2013 he was diagnosed with Epilepsy. However his consultant was still convinced he had a much more complex condition, he pushed for the test which around Jakes 1st Birthday came back with the diagnosis of Dravet Syndrome. Throughout his first year of life he had many hospital stays and tests but he was an inspiration to us all and was always giggling and happy.

The week leading up to loosing Jake he had such a fun packed time, Trampolining, going out for tea, Jake’s cousin Frankie’s 1st Birthday and on Saturday the 17th of December visiting Father Christmas at the Rock Church in York, then tea at Oskars which was a favourite place for him to visit with his family, followed by a lovely evening at home playing, climbing and giggling lots. That night he went to bed so very happy and he sadly didn’t wake up the following morning due to a seizure which was to be too much for him. (SUDEP-Sudden unexplained death in Epilepsy). He had being so well and his amazing family had no way to predict this would happen.
We are raising money to build a Tree House in memory of Jake. Jakes mum is one of my best friends and is a complete inspiration to me x