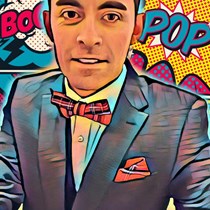 Weʼve raised £730 to help Natalie and her 3 boys have a much needed holiday after Natalie's car accident, and 8 months away from her boys in hospital.

My niece Natalie, mum of 3 young boys, age 29 from Lincoln was involved in a terrible car accident near Whisby last September 2016, only a day after her aunt was killed in a cycle crash.
Nat subsequently suffered a severe spinal cord injury called a C6 break, has limited feeling, and has been told by doctors that she will never walk again.
Natalie has been in Nottingham Queen's Med Hospital, and latterly Sheffield Spinal Unit ever since (almost 8 months), which resulted in her being away from her 3 boys Koby, Denli and Marley
Tragically, 8 weeks after Nat's accident, her mum Polly died of a heart attack; and Natalie had to attend her mum's funeral via an ambulance aided by paramedics.

Nat is currently waiting for a bespoke electric wheelchair, to be supplied by Seacroft Mobility which has been funded by some very generous friends, family, local companies, and people of Lincoln and beyond; and I'd like to sincerely thank them for their kindness. Although a fantastic amount was raised for the wheelchair, I'd like to attempt to raise some money for Nat and her boys to go on a much-needed break, when she eventually leaves hospital (expected in May 2017).

I have currently received two offers of fundraising events. One from Lincoln College regarding a 'Cyclemania' cycling event, and one from a friend who is running a half marathon - may I ask that you fully support and promote the amazing, charitable people taking part in these events, and/or organise an event of your own, with support of this crowdfunding page.
Finally, I just want to say that Nat is a beautiful person, inside and out. She is full of positivity. She's fun, lively, down-to-earth, wears her heart on her sleeve, but most of all she cares for others. I hope this crowdfunding page will show Nat how much people care for her too.

Just for one moment, imagine a world where people help others and expect nothing in return...