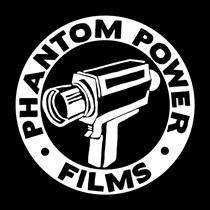 NATION is a series of films about Scotland's successful wee European neighbours by Phantom Power Films and Lesley Riddoch that will help us understand about other small Northern countries and why they are doing so well - a new crowd-sourced form of public broadcasting.

Europe is full of small successful countries that have faced similar challenges now posed to an independent Scotland. In this series, Lesley Riddoch travels to our European neighbours and talks to politicians, businesses, financiers, and ordinary people about what benefits independence has brought them, what challenges they faced, and how they overcame them. What currency do they use, and how did they go about setting it up? How do they pay for pensions and public services? How do they see Scotland now, and how would they view an independent Scotland? Is it really as difficult to be an independent country as some would have us believe?

NATION is an important new documentary series that transcends our national mainstream media and goes directly to the decision makers and opinion shapers in other countries to ask the question, what kind of country can Scotland be?

The first episode of NATION, where we travel to the Faroe Islands, is already in the can and is due for release in the next few days. The next episode will be Iceland: the extreme nation due out June and we are developing Norway: the twin nation. Filming documentaries is expensive, especially ones overseas. Lesley Riddoch and Phantom Power are asking for public support to help complete the series so that we can inform voters about how other small countries dealt with the challenges that Scotland now faces. While some would have you believe that setting up a new small independent country is an impossible task, NATION will demonstrate exactly how other countries did it and what benefits they reaped from it. This is crucial to inform public debate because the media narrative in Scotland is almost entirely one-sided in favour of the Union. It’s only by going to other small European countries and asking about their experiences that we can demonstrate that not only is independence possible, but that it is normal, and in Scotland’s case, essential.

We know that we’re asking for a lot of money, but quality documentary filmmaking is expensive. As well as flights, travel and accommodation, we have to spent a lot of time setting up and preparing for dozens of interviews for each episode. Venues have to be booked, fees paid, equipment purchased or temporarily leased, and we also have software and music license fees to pay. What you get in return is a series professionally made cinema quality films focussed on “the independence question” from the perspective of people who have already been through similar experiences and what lessons they learned.

Lesley Riddoch is an award winning author, journalist and broadcaster with in depth knowledge of all things Nordic. Phantom Power Films are the independent production co behind Altered State, Power Grab and Journey to Yes series.