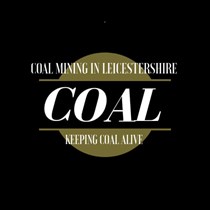 Weʼve raised £1,258 to We have now achieved the amount for the plaques 19a and 19b to be placed on the National Mining Memorial at the Arboretum, Staffs.

We are a small mining group in Leicestershire and we have now raised the funds through Just Giving to have two plaques, 19A and 19B - Roof Fall, to be erected on the new National Mining Memorial at The Arboretum in Alrewas, Staffordshire. The dedication will take place in hopefully June / July 2021. The money for the plaques will go straight into the account of the CHAPS Organisation who are building the memorial as we speak.

The total cost of the plaque is 2,500 pounds of which donations from Kent and North West Mining organisations have helped us secure the two plaques along with the generous donations from all who have given on the Just Giving Site

The money will go to CHAPS who are the organisation who are building the National Mining Memorial which has also been endorsed by Sir Michael Parkinson.

We have secured two plaques 19A and 19B which are in brass and will be placed on the memorial and be dedicated to North West, Kent, Leicestershire, Derbyshire and Warwickshire Miners, Women and Children who over the centuries worked at the local coal mines.

There has never been a national mining memorial so that was why we wanted to have a memory to all that worked at them.

If you do require further information please email us:

My name is Susan, I am raising money to be able to get Plaques 19a and 19b A Roof Fall to be placed on the National Mining Memorial at the Arboretum. The money will go straight to the account of CHAPS who are the organisation who are building and developing the memorial.