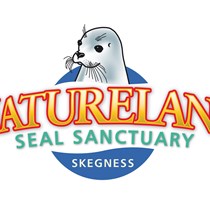 Skegness Natureland Seal sanctuary is a rescue centre and animal collection, based on the East coast of England in Skegness, focussed primarily on the rescue, rehabilitation, and release of orphaned and injured baby Harbour and Grey seals. This page has been set up to raise money for Skegness Natureland Seal Sanctuary’s seal rescue work, which has become increasingly financially taxing due to COVID-19 closure, losing us approximately £300,000. Having not been given any council or government grants, we have been relying purely on saved funds and kind donations from the public to survive. Also, with our sea pump (the source of salt water for the entirety of Natureland) breaking down and needing replacing, costing over £6000, Natureland is in desperate need of support, or it may not be able to continue our seal rescue work.

Natureland was founded in 1965 by John Yeadon, after he responded to a newspaper advert, requesting a manager for a new seaside animal attraction. He moved his family down from Yorkshire to Skegness, where he started this new venture. Within the 1st year of operating, a member of the public brought him baby seal, asking what he could do to help it, and this changed the direction of Natureland’s future, from a marine zoo by the seaside, to a seal rescue sanctuary (with other animals to see, to make Natureland an enjoyable and interesting day out for everyone!).

Natureland is now run by the 3rd generation of the Yeadon family, and rescues between 60 and 70 seal pups every year. This is where our biggest challenge lies, as each seal pup costs us approximately £2000 each to rehabilitate. This includes all the medication, fish, and intensive care needed to give a seal pup a second chance at life in the wild. With no funding from the council or government, we rely solely on the generosity of our amazing visitors, and the kind donations from our supporters.

We appreciate that the amount we have set as a goal is huge, but this is a desperate time and we have very little chance of continuing our rescue work if funds are not obtained soon. We hope that, like us, you wish to see us continue rescuing these beautiful creatures for years to come, and giving them a chance to live a full, happy life in the wild. Together, we can make sure that this is achieved and that Natureland is here in Skegness for generations to come!