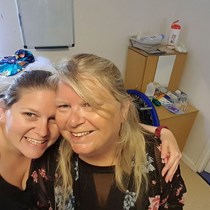 Weʼve raised £1,499 to Help save Clapham & Patching CofE Primary School. We are a group of parents seeking legal action to save our school.

They are doing so seemingly with their minds made up already. The entire process has been carried out by them with many inconsistencies and incorrect data in their reports. The reports have selective information some of which is based on previous years that are no longer relevant.

We have met with WSCC on 3 occasion, 2 separate public consultation meetings and one petition hand over. At each meeting parents and villagers voiced concerns and posed serious questions. Each comment/question was simply met with the party line showing no genuine answers or information.

Despite the documented "presumption against closure of rural schools", directly against the advice of the scrutiny committee which was to take closure off the table until academisation had been fully consulted on and the fact that our school have completed due diligence and academisation being a very real possibility had they been given the backing of WSCC, the cabinet decided to push forward on consulting on closure anyway.

As parents, staff and villagers we have jumped through every hoop that WSCC have put in and yet the goal posts continue to move.

The last cabinet meeting was left as that WSCC would consult on closure of C&P while we continued forward with the hope of academisation. However it now transpires that WSCC will not allow the academy to go ahead until they have made their decision on closure. However closure automatically means no academy (just one of the very big discrepancies we have found).

We have been advised by a solicitor that we can begin to take legal action. However we lack the funds as it will cost us thousands and being a small school & village there aren't enough of us to raise the funds just between us in time, so we are now reaching out for help in a desperate attempt to bring WSCC to account and save our school.

C&P is vital to children & community.