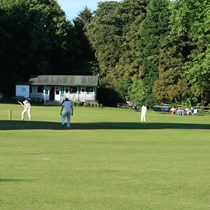 Weʼve raised £2,087 to ..... in memory of Josh Downie, we are raising funds to install a defibrillator at Fiskerton and Thurgarton Cricket Club

In memory of Josh Downie, we are raising funds to have a defibrillator installed at Fiskerton and Thurgarton Cricket Club by walking approximately 40miles between the three clubs in Nottingham he played for; Burton Joyce, Hucknall and Thurgarton.

Starting at Burton Joyce as a junior, Josh then joined Thurgarton cricket club in 2010. He progressed through the junior ranks to Thurgarton's senior setup where he became an established first team player. He helped to guide the team to division A of the South Notts Cricket League.

After playing for Thurgarton it was evident he had the skill to play at an even higher level so Josh subsequently joined Hucknall Cricket Club where he competed in the Nottinghamshire Premier League. After University he would go on to join Birkenhead Cricket Club in Liverpool where he had taken a job as a teacher.

Taken to soon but will never be forgotten.