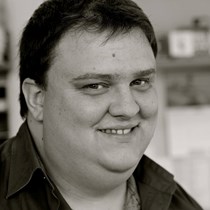 Please join us in helping to elect Matt Newman as District Councillor for the Waddington West ward in this May’s local elections. Matt is the only candidate who will bring the change that’s needed here in Waddington West, and he needs your help to accomplish this.

Matt is a local campaigner living in Waddington with his wife and two young children. He currently serves on Waddington Parish Council as a councillor, and works at the University of Lincoln. Matt is standing with the Labour Party, who are a major force in Lincoln, but currently have no councillors in North Kesteven. With your help, we can lay the foundations to make Labour a force in North Kesteven, too.

“I’m standing as the Labour Party candidate because I believe we can bring about real change in Waddington and North Kesteven,” said Matt. “Over the next four years I will work tirelessly to represent the people of Waddington West, and will ensure that their voices are heard throughout North Kesteven and beyond.”

Matt and his team are ready to work tirelessly in the weeks ahead before 2nd May to get him elected. They will knock on every door and talk to every single resident - there are more than 2,500 residents in the ward; and will spread the word through leaflets, posters, his campaign website, and social media.

The Tories have deep pockets when it comes to campaigning, and they’ve had an easy ride in Waddington West for far too long. It’s time to change that and to help improve the lives of those in the ward by working to elect Matt.

So, please give what you can to help Matt get elected. The more money we raise, the more votes we'll get on 2nd May. Every little bit counts and will make a huge difference to Matt’s campaign.

(Important information only for if you donate more than £50: Under the Representation of the People Act 1983, there are rules on what donations candidates can accept. Permissibility checks will be undertaken in compliance with the rules and that information about donations, including donor details will appear in the election return. Money donated via a crowdfunding website (such as this one) that £50 or less is not a donation and does not need to be reported unless there are multiple donations from the same source that add up to these sums. If this occurs this may be treated as one donation. Anonymous donations of more than £50 cannot by law be accepted.)