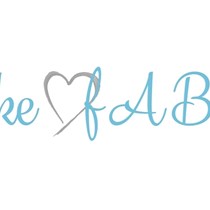 Jo C - Stroke of a Brush

Weʼve raised £6,395 to help Nick and Michelle get the essentials (ramp, stair lift initially and wetroom later) urgently needed for Nick to come home from hospital

I was put in touch with Michelle and Nick via the lovely Cedar Therapy who have been a huge support for me in my fundraising following my CVST's and Nick sadly suffered a stroke during heart surgery. After what can only be described as hell, Nick remains so positive and determined. Nick had a Kidney transplant which has now failed, he had 3 heart valves that failed and needed heart surgery and sadly suffered a stroke during this, to compound this while in hospital Nick has contracted Covid, Pneumonia, and is having dialysis 3 times a week and blood transfusions. Sadly Nick needs further heart surgery and he requires another kidney transplant. Nick is now in rehab but with the ongoing health issues rehab needs to halt as he is extremely exhausted between dialysis. The problem is due to his health Nick is unable to walk, and get up stairs. Nick was a self employed and Michelle was furloughed and in these difficult times with the additional unexpected downturn in Nicks health they need some help. When talking to Michelle, my heart sank because support to get adaptations to their home can take 18 months, but its needed now. I cant leave anyone in this situation so I offered to try and help and set up this fundraising page to help Nick and Michelle. They urgently require a ramp to get Nick into the house, he is due to come home 10th May but without this cant. They also need a stair lift because the bathrooms upstairs. Ideally they need more like a wetroom but thats only if the fundraising allows. If anyone can help whether thats financially by donating to this page or if you are a trades person or company that could help, please get in touch via hello@strokeofabrush.co.uk

No one should be in this situation and up to 18 months for support is outrageous. Its simple, there is a very poorly man who needs to be home and red tape and systems just dont work. He cant be left in limbo for up to 18 months, they have been through enough. I've shared some lovely highs and now the lows with Nick and Michelle and the deserve so much better than what life is giving them now.

Michelle has written her and Nicks story below which is heartbreaking but important to share so the situation is understood.

All money raised on this page will be sent directly to Michelle and Nick to sort the things they need to aid Nicks homelife and make it as accessible as possible for him.

OT can’t help with shower facilities or stairlift but we could apply for grant but I’ve been told there is a long waiting list and increasingly so due to backlog from covid. I’ve been told we would be looking at 18 months

I met my now husband Nicholas Macartney 11th October 2015. We met through an online dating website called Muddy matches that is for people who love the great outdoors and wildlife. It was love at first sight we had so much in common and we just clicked. I had found my absolute soul mate.

Nick was a transplant patient and life was good. I soon moved from Winchester and started my new life in Banbury with Nick. We enjoyed spending time together at our allotment and with our two dogs Tilly and Bugsy. Nick had a successful business as a garden designer and plantsman. In 2018 Nick and I got married, we had a beautiful wedding in Winchester Hampshire and we both were so happy and felt complete. We had both finally found our life partner in our 40s. Life together was incredible.

In 2018 Nick was coming up for 10 years post kidney transplant and on his routine check ups it was felt that he should start to think about going onto the donor register as the average life of a donated kidney from a deceased donor is 10-12 years. I volunteered to become a living kidney donor. I had to go to the Churchill hospital, Oxford for many tests but sadly I wasn’t a match for Nick kidney. However I could go on a living donor register where I donate my kidney to a match in the UK and in return Nick gets his living donor kidney. It’s called paired or pooled exchange.

In 2020 Nick started to feel unwell and it was concluded that Nick would be needing heart surgery to replace three heart valves (aortic, mitral and tricuspid) and sadly Nick was going into kidney failure, his transplanted kidney was no longer functioning and had to return to dialysis three times a week and plans were being made for Nick to have open heart surgery.

In 2020 the world was hit by coronavirus. Nick's heart surgery that was planned for May was cancelled. It wasn’t until November 2020 a date was set for his open heart surgery. Nick went in for his heart surgery on Monday 16th November and had surgery on Tuesday 17th November. It was such a long agonising wait and the phone finally rang late evening. The surgeon said the surgery was more complicated than anticipated as Nick's heart valves were severely calcified but all 3 valves had been replaced and he was now in ICU. The following day I called the hospital to book my visit, due to covid restrictions it was 1 visitor for 1 hour a day.

I was told on the phone that they believe Nick had a stroke, he wasn’t communicating and was unable to walk.

The stroke had affected Nick’s right side of his body which controls speech and Nick had no movement in his right arm or leg. My managing director at Cedar Therapy put me in contact with a wonderful person called Jo Cross. She had suffered a stroke herself in her 30s and she likes to help others. She was a godsend, Jo helped me to engage with Nick with photographs and gave me advice on aids that may help. I will never forget the day I called the hospital and I heard Nick's voice again for the first time.It was an incredible moment.

Nick was getting better, he started to get movement back in his right arm and his speech was getting better and better. Nick was having to be picked up from the JR hospital by patient transport and taken to the Churchill 3 times a week for his kidney dialysis. Nick was requiring many blood transfusions that was making him extremely anaemic and weak.

In January I had the worse news, Nick had contracted covid. He was then moved to the covid ward to be on oxygen. It was a very anxious time and increasingly so as I was unable to visit him. Remarkably Nick got over covid but he was still feeling incredibly weak as he was requiring many blood transfusions.

Nick had a leak around the mitral valve. In February Nick underwent a procedure to repair the leaky heart valve using keyhole surgery. Although the procedure was successful unfortunately it didn’t fix the problem with Nick needing blood transfusions. Once Nick had recovered enough from Covid he was moved to the Oxford Centre of Enablement to start intensive rehabilitation therapy for his stroke. He then ended up going back to the JR as he had pneumonia and he fought through this and was soon back to start his rehabilitation.

Nick is doing incredibly well considering what he’s been through but sadly he doesn’t have the energy to walk. With his determination and mind set he has the ability to walk but due to still requiring blood transfusions he just doesn’t have the strength.

We have got a second opinion from the Royal Papworth Hospital and it’s the Mitral valve that is still causing the issue of needing weekly blood transfusions. The only way to fix this is by replacing the mechanical valve with a biological valve but this comes with risk and more research is needed before making a decision.

The downside of Nick requiring blood transfusions is that it means Nick is unable to have a kidney transplant as he is building up antibodies that would attack a new kidney.

The plan is to discharge Nick from Oxford Centre of Enablement (OCE) in May. The Occupational therapist has been out to assess the house to get ramps in place, Nick will be unable to get upstairs so the living room will become our bedroom and Nick will be limited to bed baths. We have asked if we could get any financial help, we could apply for a grant but this could take up to 18 months. Ideally we are needing a wet room downstairs. Nick being a renal patient with a suppressed immune system means hygiene is important.

This has been life changing, but I’m so very proud of my beautiful husband. He never moans or complains or says why me!. He is such an inspiration most of us would have given up at the first hurdle. I admire his strength and courage and I absolutely adore him.

We still have a lot of hope and I know Nick being back home will do him the world of good and I can’t wait to have him home after 6 long months apart.

Nick is self employed and I work within beauty industry so I have been on furlough and Nick's been unable to work for over a year. We would be so grateful for any contribution to help make life more comfortable for Nick to adapt back into home life.

Jo C - Stroke of a Brush