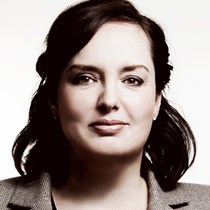 Weʼve raised £1,271 to Tackle the clauses in the new UK Policing Bill that will make any protest illegal if it is "noisy and annoying".

The Policing Bill presented by this government represents a shocking overreach, which has attracted widespread criticism from across the political spectrum.

The most concerning aspect is the language which would criminalise any protest which could be described as "noisy and annoying".

We believe that being noisy and annoying is a British tradition. Protests in the past have brought us votes for women, the concept of the weekend, an end to the poll tax and action on HIV/AIDS.

If you care about your ability to speak up when your elected government enacts policies you don't like, you need to help us get this bill amended or defeated. Even if you support this government, if this bill becomes law, you won't be able to protest the policies of the next one.

Help us before it's too late.

Deborah is the host of the award-winning Guilty Feminist podcast. She is a stand-up comedian, screenwriter, author and activist.