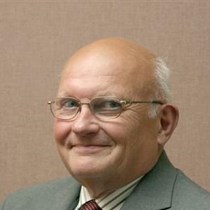 Weʼve raised £510 to To install a memorial plaque and garden, to celebrate the life of Susan Marsh who lead a campaign to open a Community Centre on Hag Fold.

In 1971 attractive young 21 year old mother Susan Marsh started a campaign to give the "barren land" of Hag Fold North estate a Community Centre. The Campaign began as a result of an argument over a group of youngsters playing on Spa Road, they complained " But we have no-where else to go." Susan Marsh who lived in a flat on Spa Road told the youngsters between 10 and 14 that their best option was to collect signatures from houses on the estate. Susan who had a one year old baby said "The response has been terrific, I must say I have been surprised at the enthusiasm of the youngsters." She said " They have said they will do anything to get a club going on the estate. This estate must be an ideal place for a Community Centre with so many people living here, if one was built, it could be used as a play school during the day, and alternately for young and old in the evenings," The petition with almost 1,000 signatures was handed to Councillor Derek Skitt who presented the case to the Council. Councillor Skitt said " Hag fold was barren of amenities for young and old alike, a Centre is something we have wanted for some time. Thanks to Susan's efforts Hag Fold Community Centre was officially opened by the Mayor of Wigan Councillor G. MacDonald on the 29th April 1976. Susan Marsh sadly died on the 24th December 1980, but was able to see her dreams of a Hag Fold Community Centre come true. The Community Centre now known as "The Bridge" at Dorset Road Community Centre is as Susan wished, a play school during the day, and alternately for young and old at night.