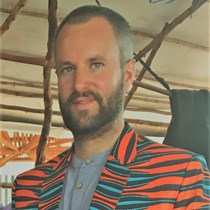 Weʼve raised £1,500 to purchase materials for an English school in the Nyarugusu refugee camp

English education for refugees in the Nyarugusu camp, Tanzania

The Nyarugusu refugee camp is the largest in Tanzania, one of the largest in the world, home to approx. 140,000 people from the Democratic Republic of Congo (DRC) and Burundi. Both countries were colonies of Belgium and so French is the main language. Being hosted in Tanzania, where English and Swahili are the official languages, these refugees find themselves needing to learn English in order to stand a chance of resettlement or integration.

Boniface Bernard Akembe ('Boni') arrived in Nyarugusu in 1996 when he was yet 10 years old, after losing his parents and sister in the war in neighbouring DRC, then still called Zaire. Boni is one of a handful of refugees who has received a University Education, having won a UNHCR scholarship under the Albert Einstein German Academic Refugee Initiative (DAFI). Boni graduated with a Bachelor Degree of Education in Special Needs at the University of Dodoma (UDOM). Having spent most part of his life as a displaced person, Boni is committed to helping improve the lives of the other disadvantaged refugees in Nyarugusu and beyond. He's now a teacher in Nyarugusu, running an English school in the name of Resilience Action International - a refugee-run nonprofit organization providing accelerated learning for out of school young people as well as life skills in the Kakuma and Nyarugusu refugee camps in Kenya and Tanzania. 'Resilience' is registered as a national Non-Governmental Organization by the Kenya NGO Coordination Board. Registration number OP. 218/051/15-111/10457.

In 2017 Boni worked with James Haselip, a British researcher based in Denmark, as a translator for a research project with UNHCR to calculate the non-financial costs of traditional energy use in and around the camp. The findings of that project are now being used to create a market for liquid petroleum gas (LPG) in the camp, which greatly improves living conditions for refugees and reduces deforestation and conflict with local communities over woodfuel collection. Boni and James have kept in touch and developed the idea of fund raising for his English school Program in Nyarugusu. Specifically they need money to purchase books, exercise books, pens, a computer, a printer and laminator. 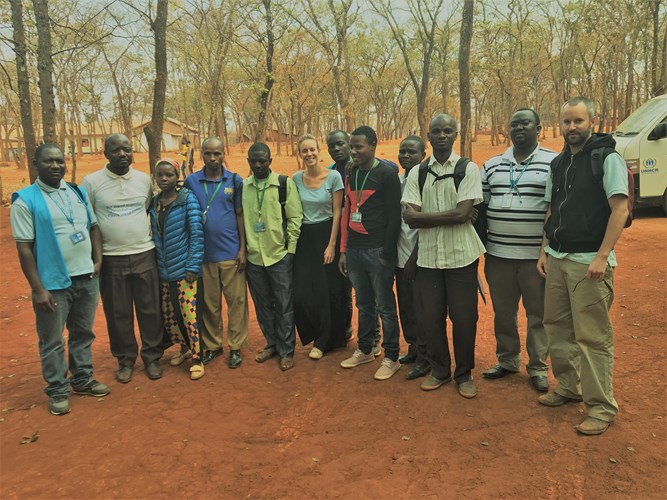 James (far right) with Boni (third from right) and the research team at Nyarugusu, August 2017