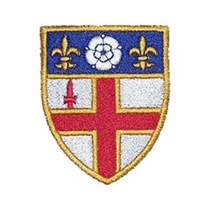 As you may know from my reports to recent AGMs, over the last couple of years we have had to make several significant structural improvements to the Clubhouse and Grounds. These have included major groundworks, a new boiler and new cookers - in total we have spent approximately £20,000 over the past two seasons.

This expenditure has heavily impacted our finances and the "Sinking Fund" which was created to cover such outlay, much of the expenditure is as result of the Clubhouse ageing - it was built in 1991 and the ongoing work represents the first real sustained investment since that time.

In the next year we need to replace and upgrade the showers, toilets, sinks and tiled areas on the changing room level, as well as some refurbishment of the bar area upstairs. Outside the car park and other areas of the grounds also need work. In total, the Club is facing an additional bill of a minimum of c.£20,000 to carry out these vital works.

This comes at a time when the Old Blues RFC is putting in place ambitious plans to attract new players: renewed outreach to the School and to Old Blues groups, social activities, 7's tournaments and a dramatically increased social media presence are just some of the things that we're working on in order to increase the playing base. The badly needed repairs to the clubhouse will ensure that new players get the best possible experience at Old Blues.

We are seeking help from Surrey RFU and the RFU as well as organising a series of fund-raising events over the coming seasons to help bolster our regular income, but we urgently need to raise some funds not only for these works but to create some financial stability both in the short and long term.

So, we are setting up an Annual Appeal Fund. I can assure you that this is not an appeal sent lightly, nor has any similar appeal been sent during my time at OBRFC.

For those willing to make contribution I've added the Appeal Fund account details below, alternatively you can give easily here on our Just Giving page.

Please donate as much as you can, any contribution large or small would be greatly appreciated. If you have any questions about the use of funds I'd be delighted to answer them.

Furthermore we would welcome ideas around additional revenue streams, sponsorship or indeed anything that can add financial stability for OBRFC going forward. The Club's rugby future looks bright, with a growing base of young, passionate players and a great atmosphere at the clubhouse, however if we don't raise funds for immediate and future investment we could be in financial difficulty in a relatively short period of time.

We hope you will come and see the improvements to the Clubhouse yourself over the coming Season.

Old Blues RFC was established in 1873 by a group of Old Blues looking to keep on representing Housey after they left Christ's Hospital. Still going strong we run 3 senior teams and train every Wednesday at our home ground, Motspur Park in Surrey. www.oldbluesrfc.com