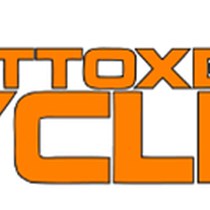 Weʼve raised £1,905 to Could you help a man who has faced two van robberies in twelve months whilst battling cancer replace his tools to get back to work?

So my step dad is a builder in Cheltenham, he's had some pretty rotten luck in 2017, his van was robbed of all its tools Early in the year which he had to replace in order to get back to work, sadly later in 2017 Lee was diagnosed with cancer which he is currently fighting, one form of distraction for Lee has been continuing to work and keeping busy.
Sadly last night 4th December Lee was presented yet another blow, he woke up to find his van had been emptied again despite every effort to prevent a second time...
I'm Not asking anyone to feel sorry for Lee, what I'm asking is can anyone spare anything? Even a pound to help a man who really doesn't deserve the luck he's had..
If we all give abit it may just amount to enough to get Lee some tools to go back to work and give him the boost he so deserves.

From Me oli all I can say is thank you