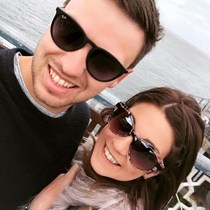 We have been overwhelmed with the generosity received and have reached our original target of £500 many thanks to all who have donated. We have now upped this target to £1000 to try and raise as much as we can for Oliver.

On 7th October 2017, a group of friends and family of Oliver Price will summit Mount Snowdon and will be raising funds to go towards specialised equipment for him, who at 14 months, had his left leg amputated due to aggressive nerve tumours.

At birth, not known to his parents other than a small red patch, Oliver had what is known as plexiform schwannoma’s (nerve sheath tumours) rapidly growing at the bottom of his left leg and behind his left knee. The tumour behind his knee was removed in January 2017 but unfortunately a later MRI scan showed that it had grown back. The lesion on his lower leg consisted of a mass of tumours growing on the surface of his skin and around his bone, which deformed his tibia and ankle, meaning that the only option to give Oliver a chance to walk was to amputate his leg.

On 2nd June 2017, Oliver underwent an above knee amputation to allow sufficient clearance to the tumour behind his knee. With the nature of the condition Oliver will need monitoring throughout his future. The aim of this page is to raise some money towards specialist equipment that Oliver will need in his early years.

By donating, you are funding Oliver with the right equipment to give him the freedom to live a bright and happy future. Every donation is greatly appreciated and will help towards giving Oliver the best start in life.

Oliver’s parents have set up a blog documenting his story. Should you wish to read more about Oliver or keep up to date with his progress, please visit www.inmyfootsteps.co.uk