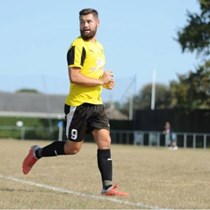 Weʼve raised £1,142 to raise money for the Suffolk Greyhound Trust

Born in September 2006, Sonny was part of 'Rapid Rangers' litter, a prolific champion who had won the English Derby on multiple occasions. Un-like his father, Sonny and the rest of his litter wouldn't chase, forcing them into kennels on the outskirts of London. In 2007, the kennels where Sonny had been placed were destroyed by fire, leaving only a few hounds to be pulled out alive...Sonny and his sister Baby, amongst them.

Sonny was placed in kennels once again, in South Ockendon, just outside of London, where he become very closed off, timid and scared of any loud noises that surrounded him. This made it very hard for Sonny to be rehomed as people would constantly overlook him, when looking for a pet.

In April 2009, my family and I travelled down to the kennels in the hope finding a greyhound that we could take home and provide a life of love for. After seeing Sonny for the first time, he touched my heart due his shy nature, but after taking some time alone with him, I managed to walk him around the paddock...safe to say I fell in love with him and had found a life-long friend. That day, we made the decision to bring Sonny back to Suffolk with us, leaving him at Dillymore Kennels as we were due to go abroad. We were told several times that we wouldn't get anything out of him as he was scared of his own shadow.

After returning from our holiday, we picked Sonny up and and took him home, where he hid behind the TV for a week, but gradually after some TLC and some persuasion started to become comfortable in his new forever home. Sonny wasn't the easiest of dogs to begin with...amongst his timidness, he'd often throw up in the car, which meant hiding sickness tablets in chunks of cheese!

A mischievous character, Sonny brought us plenty of happiness and laughs throughout the years, the time where he chewed through mums heels...twice, ate a whole box of shortbread that was left on the sofa and more notably left a number 2 directly in one of my shoes during the night!

Sadly in 2017, we found a lump on Sonny's leg. Rushing him to the vets the same day we were told it was benign and that there was nothing major to worry about. However whilst in Australia later that year, we received a call from the vets at Dillymore, explaining that Sonny had become very ill since we had last seen him. To our horror, Sonny had Cancer.

Being on the other side of the world, having to make the decision to have Sonny put to sleep had left my family and I heart broken, but it was best to let him go and cross the rainbow bridge. The staff at Dillymore stayed with him and when we arrived back in Ipswich, we picked up his ashes.

We have never forgotten Sonny, nor gotten over his death, however his soul still lives within me. The love he brought to us all will always be remembered and the adventures we went on together will never be forgotten. 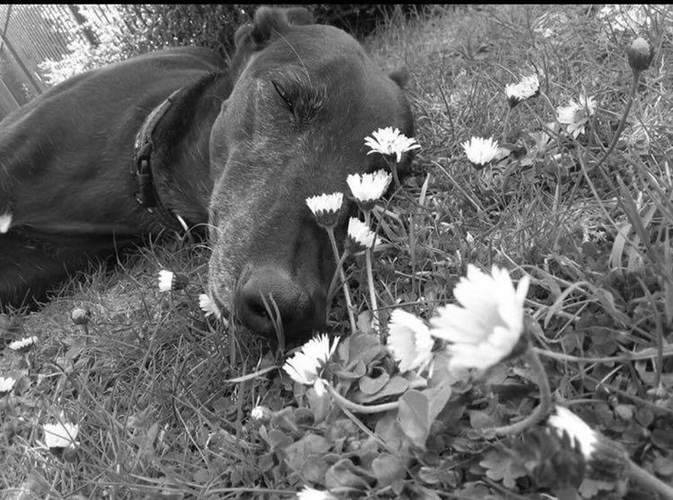 This ones for you boy x

Please Please visit https://www.greyhoundhomer.org.uk and have a look at the wonderful work they do, to help rehome dogs just like Sonny.

Running the Brighton Marathon, will raise funds for the kennels to help day to day activities and ensure all the dogs are vaccinated, neutered and well looked after.

Greyhound Trust Suffolk has been an independent branch of the Trust covering the whole of Suffolk, North Essex and surrounding areas since January 2010. We have homed over 600 greyhounds since then, with 77 greyhounds homed in 2016. Greyhound Homer relies solely on the good will of our volunteers and we cannot thank them enough for all that they do.

Thank you all so much for reading Sonny's story and for the donation.