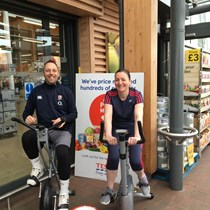 Weʼve raised £3,090 to make donations to East Anglia's Children's Hospice and Cromer Children's Charity. All other monies will go towards helping others with DIPG

During a family holiday in early 2019, it was noticed that Benny (Julie & Kevin’s' youngest child, aged 6) was not feeling well, so a trip to the local walk-in centre was in order. Following this visit they were told to go to King's Lynn Hospital for a scan, on the way home. This scan revealed an issue and before they knew it, they were off to Addenbrookes Hospital for a further scan. After the CT and MRI scans Julie & Kevin were given the devastating news that Benny had DIPG (diffuse intrinsic pontine glioma) in other words, cancer of the brain stem. 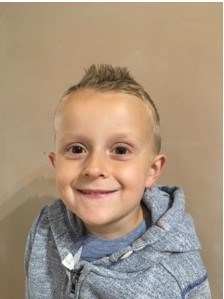 Benny Pitcher sadly passed away at his home, surrounded by his loving family on 12th July 2020 at the age of 6, following a 15-month battle with brain cancer.

He never complained, even when confined to a hospital bed for extended periods, he loved watching funny animal and prank videos on YouTube laughing away at them.

Bennys memory will forever be cherished by his parents, Julie and Kevin, brother Brannigan and sisters Ruby and Rose-anna. Adored Grandson of Brian Pitcher, Jean Williams and Kevin Elvin, as well as many cousins, aunts, uncles, and friends. He will be forever remembered in theirs and so many people’s hearts he has touched.

Originally this page was created for a group of runners who had made the commitment to run the 2020 Brighton marathon on 19th April along with Bennys’ Dad, Kevin. Unfortunately, due to the COVID-19 pandemic, they were unable to run the marathon as it was postponed. Kevin is looking to fulfil his commitment and promise to Benny by running the 26 miles on the Poppy Line Marathon, starting at Sheringham Primary School and finishing at The Crown PH on November 15th 2020.

Some of the money we had raised in previous events went to help fund an extension at the Pitchers home in East Runton. There will be donations made to East Anglia's Children’s Hospice (EACH) and the Cromer Children’s Charity.

EACH has been chosen as they are a charity that have helped the Pitchers along Bennys journey in fighting DIPG.

Cromer Children’s Charity is another charity that has been helping the Pitchers. The charity was registered in 1990 with the charities commission (reg: 802490) , the Chairman of the charity is Philip Balls.

With all monies remaining, we hope to create a Trust / Charity in Benny's name to help people diagnosed with DIPG and their families.