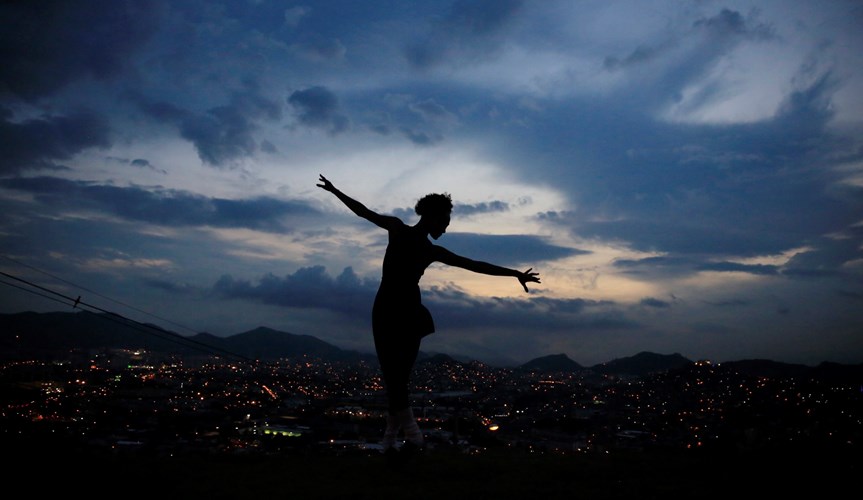 Millions of children across the globe dream about dancing – whether it’s hip-hop, salsa, swing, bachata or ballet. Some get the opportunity to learn, others don’t – perhaps due to time, money, problematic parents, cultural taboos, access to schools, or dozens of other reasons which lie well within the realm of feasibility.

The risk of being caught in a crossfire should not be on that list – but it’s a very real danger for Tuany Nascimento and students of her Na Ponta dos Pés (“On Tiptoe”) project in the Complexo do Alemão, a sprawling cluster of favelas in the north zone of Rio de Janeiro.

Last year, our documentary crew tasted that bitter reality while filming at an outdoor sports court in the Morro do Adeus neighbourhood, where the girls live. As Tuany put her pupils through their paces, stretching limbs and rehearsing routines – like any other ballet class, anywhere in the world – a flurry of gunshots ripped through the air.

Morro do Adeus is at the heart of a perpetual conflict between rival drug trafficking gangs, which control different sections of Alemão – a vast network of communities with a population that may be as large as 120,000. Frequent police raids only escalate the tension.

The scary situation that we captured on camera was a tiny glimpse of what these brave girls live through every day. Many have lost friends or loved ones; some nights, firefights rage for hours on end. Their tears of fear will not be quickly forgotten – along with a queasy sense of confusion as we left the favela, driving back to safety in stunned silence. 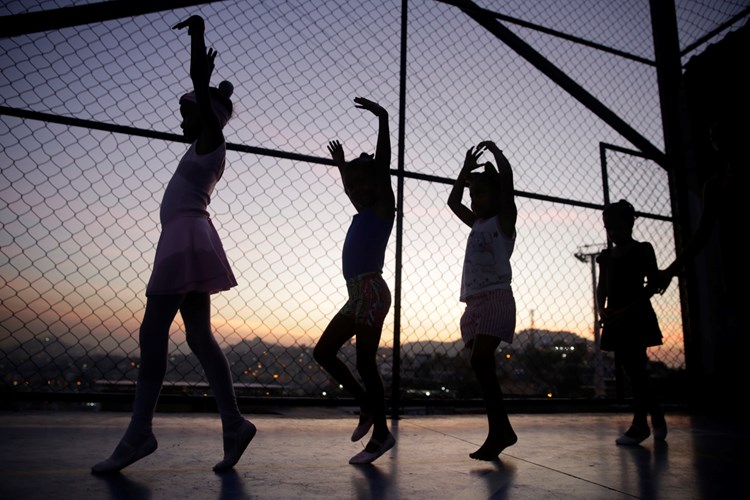 With presidential elections on October 28, the likelihood of a more aggressive public security policy in Rio under the government of far-right frontrunner Jair Bolsonaro – a former army captain who wants “every citizen to have a gun at home” – heightens the need for Tuany’s ballerinas to find a safe space, away from the outdoor sports court where they currently train.

The good news is that they are not far from achieving their goal: A plot of land has been secured, and foundations laid down. Locals have promised to chip in with labour and some building materials, but one final push is needed. 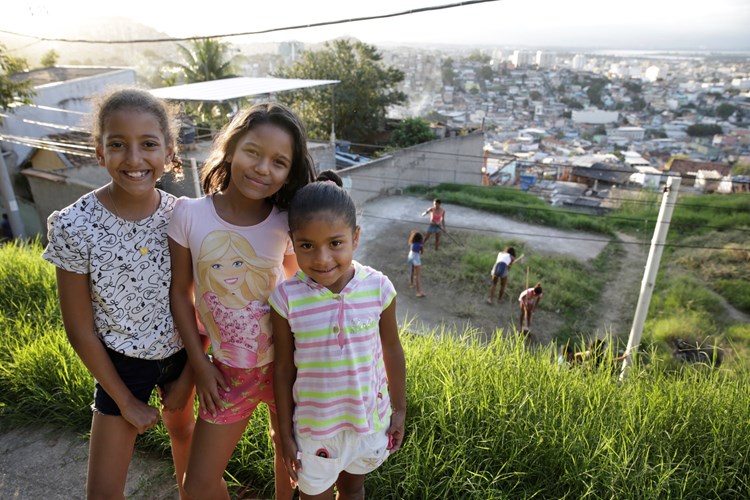 We hope the film will generate a fresh impulse for the Na Ponta dos Pés community centre to finally become reality. Thank you for your support!

Audiovisual storyteller working on the intersection of journalism, documentary, music and cinema. Co-director of "Ballet & Bullets – Dancing Out Of The Favela" with Rayan Hindi. Twitter/Instagram: @frederickbernas // www.frederickbernas.com