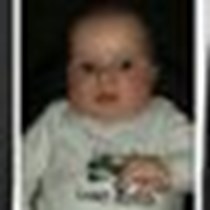 Weʼve raised £1,155 to help and support Mr Rossi, our local ice cream man through his tough times since losing his wife and son tragically very closely together

This lovely man just broke me, im so sad right now for him, please show him how much Pudsey loves him.

My husband and I have just been chatting to him and he's so upset and sad right now. He spoke to us about losing his wife and son (who was also one of a twin) within such a short time and he's clearly heartbroken but has decided to come back to try and keep himself busy. He's removed all his pictures I noticed from his van that decorated it, probably due to sadness so let's get his van full again, if you have a child, let them draw him a picture to proudly display in his van again and give it to him, Pudsey let's show this man how much we care and buy his ice creams and support him through this tough time. He's literally made me so sad this morning.