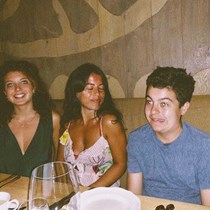 Weʼve raised £35,645 to Please Help Us Fly Our Terminally Ill Father Home To The UK

On August 11th, 2018, we received a phone call that would change our lives forever. It was our father, calling from 6,500 miles away. He had flown there for business only the week before, and now we found ourselves hearing the news that no family can ever bear to hear. The man who has always been there for us, our Daddy, had Stage 4 Colorectal Cancer. It had spread through the lymph nodes to his liver, lungs, skin, muscle, bones and brain.

With cancer this aggressive & advanced, he had to start Chemotherapy treatment immediately. We were told he couldn’t fly home to the UK until his condition had strengthened; it was just too risky. And so we flew out to Malaysia. 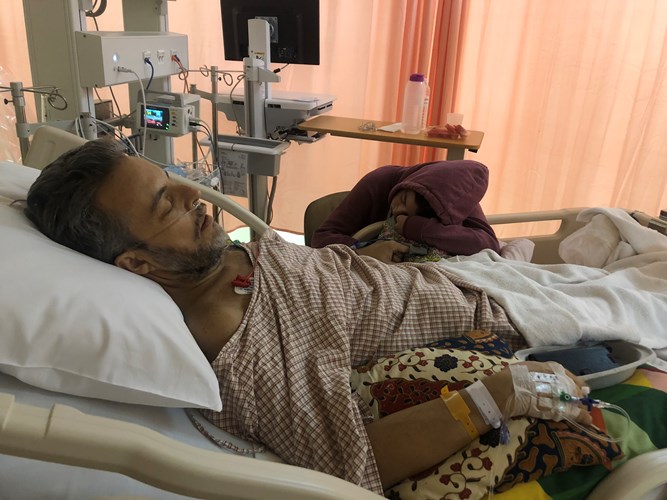 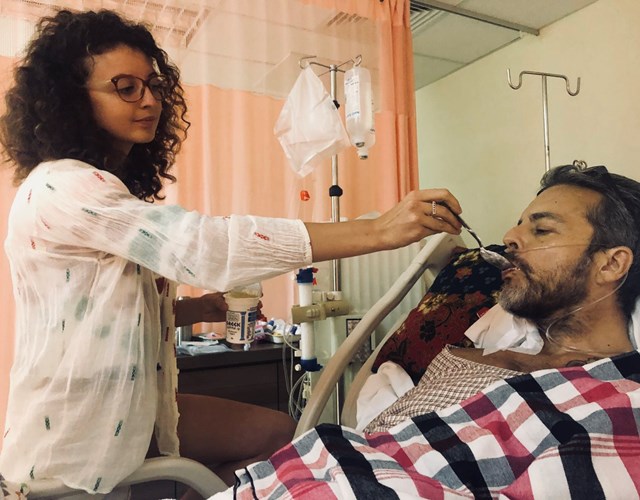 We spent three weeks together with our father, experiencing moments that can only be found in the most dire situations, moments that occur through reflection of circumstances, that change your perspective on life, and family, and love. Our 12-year old brother couldn’t fly with us, and been unable to see our father since the end of July.

When we boarded the plane to London three weeks later, while our Daddy continued his treatment, we all assumed he’d be back home in September, surrounded by us all, in England where he belongs. He was going to fly home as quickly and as pain-free as possible once the Malaysian doctors found a window during his treatment where he was strong enough to make the journey.

But that’s not what happened. Three months later we’re preparing to fly back, to visit him in a deteriorated condition. He’s lost the ability to use his legs due to cancer in his muscles and calf bones, he is bedridden and in need of 24/7 care, assisted by his partner who‘s had to stop work completely. We can't believe the speed everything is happening, considering we were holding his hand walking through the streets of London less than 4-months ago. We’ve also learned about the extensive costs behind maintaining healthcare in Malaysia, so much money that he’s down to limited funds. Its as if there’s a race against his health and his bank account. Now unable to afford life prolonging chemo, he is struggling to keep up with palliative care and cancer nutrition.

Over the last 3 months he has had to undergo a liver stent operation, lung drainage, many scans and dialysis post renal failure caused by an overdose of medication due to a lack of communication between his care team. His Oncologist also advised to have his primary tumour sent off for DNA Sequencing in Arizona for targeted chemo, giving him the best chances of a longer life. In short, the brutally expensive Asian treatment is bankrupting him, and we need to get him out of there. We just have to fly him home, maybe in an aircraft that’s closer to an air ambulance than a plane any of us will know.

We are flying out to Malaysia this weekend, as heart-wrenching as the circumstances are. We love him more than words can say, and want to do all we can in this situation, so we have made this page to raise the money needed to bring him home for Christmas, to his family, friends and into the waiting care of the NHS. We have organised an Oncology referral for when he gets to the UK to continue treatment.

It is almost impossible to bear, having a parent with cancer with a 14-hour flight between us. We discussed options with The British Consulate, his care team and EMS-247 (Emergency Medical Services), but his medical condition means that he is unable to be repatriated home via the normal EMS service. This leaves us with limited choice. We can either organize a sectioned area of a commercial flight with medical assistance, where he can lie down the whole duration, or fly him via an Air Ambulance. Both options are very expensive, and we are asking for any help you can give us.

We could never find the words to thank you properly, for any donations, to help us out of this unbearable state of affairs. We pray you can find it in your heart to give anything at all, no matter how small or large, to help us fly him home. Any excess funds will be donated to a Colorectal Cancer Research Charity.

Thank you so much, Emily, Isabella and Max xx 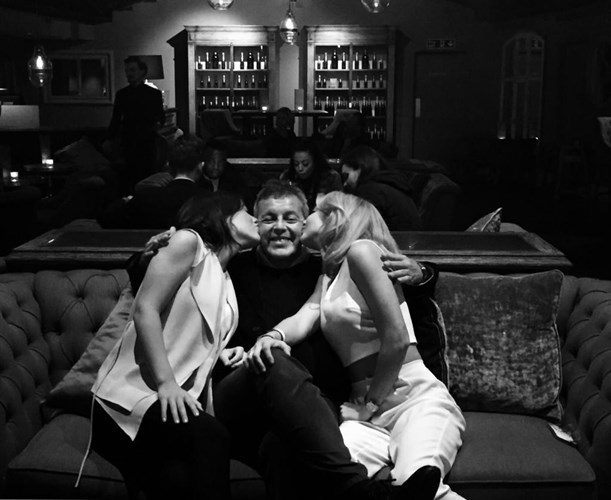 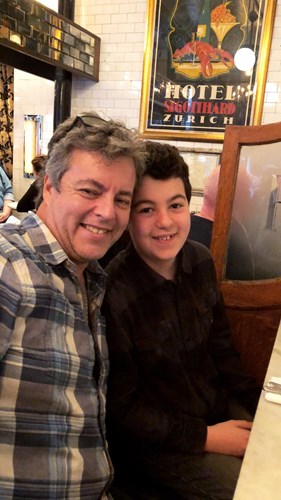