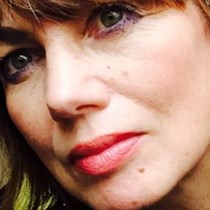 Weʼre raising £1,500 to Support colleagues of the Ukrainian Association of Cognitive Behavioural Therapists

This YOUTUBE video was posted by Dr Valentyna Paribii, President of the Ukrainian Association of CBT Therapists as she was preparing to leave her home in Ukraine following an unwarranted military invasion by Russian troops on February 24th 2022.

Some of us had the pleasure of meeting Valentyna, over ZOOM meetings in 2021. As Cognitive Behavioural Therapists we had been invited to take part in the planning of an EABCT roundatable discussion group on Violence against Women and Girls. Valentyna was one of several Ukrainian collegues taking part.

Little did we know that less than a year later the most extreme violence would be catastrophically unleashed on her country by President Putin with scant regard for civilian lives. A staggering 3 million refugees have fled Ukraine since the invasion making perilous journeys to the border and hundreds of people including children have been killed or injured. That number will surely only rise.

The calamity in Ukraine represents the fastest growing refugee crisis since the second World War.

It is deeply moving to hear Valentyna describe the dilemma she faces .Stay in Ukraine and fight with manicure scissors if necessary, or leave in order to safeguard her child.

The acute anguish , sorrow , loss and fear experienced by the peoples of Ukraine is unimaginable and as Valentyna rightly says the suffering will endure long after the last bullet has been fired .

It is impossible to predict the shape of professional life for our CBT colleagues when the violence finally ends or to quantify the long term trauma and psychological impact on them, theIr families and the wider community.

We know that among the consequences of war , the impact on the mental health of the civilain population is one of the most significant. and that women are more affected than men. https://www.ncbi.nlm.nih.gov/pmc/articles/PMC147227

WHO states that , "In conflict-affected populations the rate of mental health conditions is more than double that of the general population. Investing in mental health pays dividends, not just in helping people survive extreme distress and hardship, but also to support a nation’s recovery".

The CBT community in Ukraine will face many challenges and we appreciate that fund raising alone is not a panacea.. However, we hope that as fellow CBT Therapists in the UK our actions will signal solidarity to our Ukrainian colleagues.

Our aim is that funds raised will faciliate access to resources necessary to assist recovery from the personal and professional wounds inflicted by this needless war.

We are also planning a NETFLIX FILM PARTY event where we will encourage donations the equivalent of the price of a cinema ticket . Details to follow.

In the meantime we welcome any financial contribution you can make to support our Ukrainian CBT colleagues as they fight for their lives and livelihoods.

I am a BABCP accredited CBT Therapist and co-founder of the Women and Gender Minorites Special Interest Group.