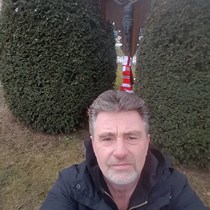 Weʼve raised £4,428 to Develop the Munich memorial site at Trudering and to support two football related projects that brings youth together through football.

In February 2018, to commemorate the 60th anniversary of the Munich Air Disaster, a large number of MUFC fans are travelling independently of the club, to pay their respects.

One of our group has commissioned a piece of commemorative artwork which will be hung in the foyer of the hospital where Sir Matt and The Babes were treated so well by the hospital staff.

The group has also been in touch with the mayor of Munich to get suggestions for charities, who we would like to support in a one off donation, in thanks to the good people of Munich for all their care and support of the memorial sites over the years.

The dignitaries and citizens of Munich have always been hugely respectful to the victims and to our club in general and they have given so much over the last 60 years, so in recognition of that we feel it is right and proper to give a little back.

2 football related charities have been identified which look to bring together young people from all walks of life, as well as young disaffected people, through the magic of football.

Worthy and relevant causes close to our hearts and linked to the babes.

We are also in discussions with the Mayors office to enhance the new memorial site in Trudering by putting trees and benches there to afford peaceful times of reflection.

Whether you are intending to go or not, please support this effort by whatever means, large or small, that you can afford.

Along with Crooky, Groge, Dono, Molly, Steve K and Tom Killeen we are looking to make the 60th anniversary a celebration and to show our thanks to the people of Munich for all they've done over the years for our great club. If you know me you know me. See you in Munich reds!