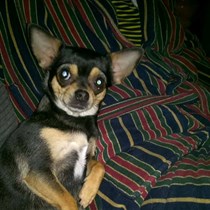 Weʼve raised £15 to Help fund a much needed operation.

Due to a stroke at the age of 41, and subsequent multi- stroking 2 years later this gentleman has been left with three types of epileptic seizures, and many other internal medical problems.

A twisted oesophagus, a hiatus hernia, and an enlarged prostate which pushes on the bladder, and other issues with blood levels.

A much needed bladder operation( also known as a TURP operation ) is needed to sort out one of these issues.

Due to the fact that we have had no government over here in Northern Ireland for the last 12 months at least, and due to disagreements between all parties involved, there is no signs of them sorting things out soon, this has had a drastic effect on all public services here, especially the health service. Operations have been cancelled for the next 12 months and the waiting lists are getting longer. Two years is the length of time given to this gentleman, to wait for an operation to sort out a bladder problem, but is that 2 years from when the operations commence again? This is an awful long time, for someone with enough medical problems, that can only be sorted by taking medications, to wait for an operation that if done soon, can solve an issue immediately.

On his latest visit to the hospital after suffering 16 seizures in 5 days including 1 known as a grand mal, he was sent home from A & E after 4 hours with the information that all his bloods have come back fine and all his medication was correct and that's all that they could do for him. He was told if he needed to be sorted out faster then he would have to go privately.

Less than 24 hours later he was taken back to A & E after suffering another 5 seizures , this time he saw a different doctor who decided to keep him in hospital and try to sort the issue out.

Less than a week later, he has been discharged from hospital, but on a walking frame, and needs to use a wheelchair for getting around outside the house as there is no stability in his legs.

The new medication that the consultants have put him on have stopped the seizures, but the side effects are quite severe, double vision, shaking and lack of balance are just a few of the side effects, but this, in my opinion is better than seizures as they cause more internal damage and put stress on the body.

He is now getting physio therapy, but this is all down to funding too, as it has to be at home, it costs more, so that will only be once every few weeks.

Things around the house now need to be changed and made more disabled friendly, these include the bathroom for one, the bath needs to be taken away and made into a shower room, but he is going to see what social services can provide for him first.(this will be updated as time progresses).

With the information given to him by medically trained people on his latest visit to A & E, (telling him that if he needed to be sorted out faster then he would have to go privately) I am starting this Crowdfunding page, with the hope that we can get him this operation as soon as possible.

Any donations are very much appreciated.

Thanks for taking the time to read this story.

I have been a carer for a 48 yr old gentleman for the last few years. I am trying to raise this money so that he can get a bladder operation.