Weʼve raised £3,925 to support the UK Museum of Army Flying, a crucial piece of aviation and military heritage.

Between 10-13 September 2018, I ran the length of Hadrian’s Wall (84 M/135 KM) to raise money for the UK Museum of Army Flying, a cornerstone of military and aviation heritage. I recorded 145+Km/90+miles running with my GPS.

The Museum urgently requires a cash injection of £100,000 to cover the costs of its closure period while it is being restored under “Project Eagle”. Other donors, such as the Heritage Lottery Fund, have generously covered some of the funds for the restoration, but it is not enough. This Museum serves not only as an incubator to preserve the legacy of Army Flying, but as a heritage icon for military aviation and UK history, with exhibits covering the major conflicts of the last century. It recently unveiled a memorial to fallen servicemen and women, where families and visitors can honour the sacrifices made by members of the Army Air Corps and their forebears, the Royal Flying Corps. The Museum includes children’s education/science areas, a café where visitors can watch aircraft at Middle Wallop airfield take off, and a much-prized gift shop. It is also used as a place to bring together surviving servicemen and women, and hold charitable events.

For more information about me, the Museum and Project Eagle, and Hadrian’s Wall, please see the relevant sections below. 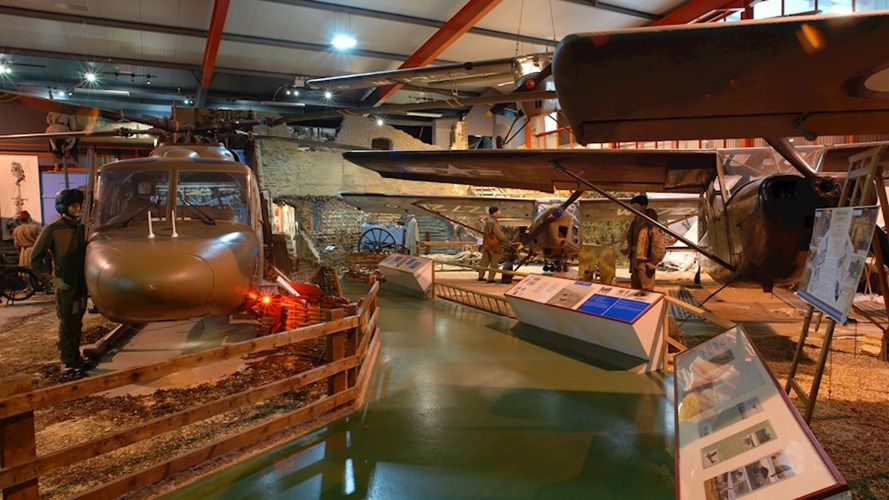 The UK Museum of Army Flying (Charity Number – 297897) launched Project Eagle to secure the future of this incredible museum for generations to come. The Project comprises two phases. Phase one was completed in late 2017 and was the research required and build of a fitting memorial to over 5,000 officers and other ranks who lost their lives in the service of Army Aviation. The Royal Flying Corps features prominently near the beginning of this magnificent curved structure.

Phase 2 comprises significant works to improve and update the museum with a variety of innovations and new exhibits. The Museum will close for the period November 2018 through to April 2019 to make this happen. As well as the capital improvements the Museum will embark on an extensive activity plan, which will involve community activity, training, education, volunteer activity etc. and run until the Summer of 2021.

All of this is being achieved by the efforts of many to secure UK Heritage Lottery Funding and the matched funding required to release it, but the Museum is short of the £100,000 (EUR111,211, US$129,430) required to implement many of the plans during the period of closure. We need to raise this money with great urgency in order to guarantee success of the Project. That’s why I intend to run Hadrian’s Wall.

The Wall is 74 miles (119 km) stretching from the East Coast to the West Coast of Britain but I ran the recognised Trail, which is given as 84 miles (135 km), between 10 and 13 September 2018 in order to raise as much as I can for the museum. I need your support to donate via this site. Any sum large or small is gratefully received from anyone, but larger donors may qualify to be recognised and recorded as a Museum Heritage Champion with their name displayed in the Museum and invited to visit. For those who have ever had anything to do with Army Aviation regardless of nationality, please regard this as a “call to arms”.

For more information on the Museum: https://www.armyflying.com

For more information on Hadrian's Wall: http://hadrianswallcountry.co.uk/walking/hadrians-wall-path-national-trail and http://www.english-heritage.org.uk

THE SPIRIT OF ARMY AVIATION UK

At the beginning of the 2nd World War, Royal Artillery Officers flew Auster light observation aircraft in 12 (Air Observation) squadrons (under RAF ownership), using their skill and expertise to direct the guns on the ground.

In 1942, Churchill announced a new formation known as the Army Air Corps comprising Glider Pilot Regiment, the Parachute Battalions, Air Landing Regiments and the Air Observation Squadrons. The SAS was added to the Corps in 1944.

The Glider Pilot Regiment, with NCO pilots and the motto “Nothing is Impossible” epitomizes the spirit of Army Aviation then and now. Having crash-landed their gliders, the pilots (officers and NCOs) joined their glider-borne troops and fought alongside them. In 2008, in Helmand Province Afghanistan two Army Air Corps Apache Attack helicopters with Royal Marines strapped to the side of their aircraft, flew into a Taliban fort complex to rescue a wounded Royal Marine, cut off by enemy forces. Two of the pilots climbed out of their cockpits to fight alongside the marines to recover the wounded marine. Both were awarded the Military Cross.

The previous Army Air Corps organization was broken up in 1949 but in 1957 the Air Observation Squadrons were amalgamated into a new Army Air Corps, becoming the third Combat Arm of the British Army and engaged in every conflict since then as an integral part of the Land battle. Today, the Army Air Corps flies a variety of aircraft but the key combat capability is provided by the Apache AH 1 and the Wildcat.

A BIT ABOUT ME

I served in the Army for over 35 years, first commissioned into the Queen’s Regiment (Infantry) and serving as a platoon commander and company second-in-command before miraculously passing the Army Pilots’ Course. I subsequently commanded an Army Aviation squadron of 17 armed Lynx Mk7 for two years on continuous operations and commanded an Army Aviation Regiment of 36 Lynx and Gazelle Helicopters. I was later Chief of Staff HQ Director Army Aviation during the fielding and introduction into service of the Apache Attack Helicopter. Now a business consultant and MD of Strategic Effect Ltd., I am an ardent supporter of the UK Museum of Army Flying and the spirit it embodies. I am also a new member of the Museum’s Fundraising Committee.