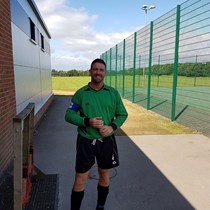 Since his diagnosis in April 2017, Luke has undergone a grueling course of treatment in his battle against High Risk Neuroblastoma. His final course of treatment was to be immunotherapy, which began in January this year and was due to conclude in August. However an MIBG scan in April indicated that he had suffered a relapse. His family were told on April 27th that the scan showed a shadow on his hip, and a hotspot on his thigh. This news was devastating as it now means that likelihood of him being fully cured of cancer are now remote.

However, this is not the end of the journey. The immunotherapy ceased and Luke commenced chemotherapy straight away, and is part of a trial set to last up to 6 months. This trail involves 1 week of chemotherapy as an outpatient at RVI, followed by 2 rest weeks. After the 2nd cycle, he will have a further MIBG scan to ascertain the impact of the trial, at which point a decision will be made whether to continue, amend or cease the trail. There are further options available, and further treatment required should the trail be completed.

The unknown element of the treatment he may require puts his family in a difficult situation, as certain options require significant funding. The purpose of this page is both to provide support for ongoing hospital expenses such as fuel and parking, to provide Luke with activities with his family, as well as preparing for future treatment requirements.