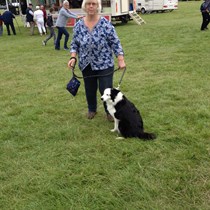 the Coronia was built by Fellows and co in 1935 for the Llongfield brothers  and  named  the Brit she was  working as a pleasure  vessel from  Yarmouth .  she  was  requisitioned by the Admiralty on the 16th September 1939 for service as a tender she was renamed as H,M.T Watchful and painted battle ship grey and served the home fleet when anchored off Yarmouth roads  her  bar  became  the  ward room and  she  had  a  gun  turret installed   on  her  for  deck

When the call came on the 29th May 1940 to  rescue  the  stranded  troops  from the  Dunkirk   beaches  everything  from  cockleshell  boats  upwards  answered the call. the river Thames was blocked by a flotilla of vessels of every size, manned  by  young  and  old  with  one  destination  in mind  [Ramsgate  harbour  then  on  to  Dunkirk]

a  great  many  did  not  return   as they  were  bombed  or  machine  gunned  by  enemy  aircraft. Some losing all hands as they picked up the troops from Dunkirk beaches, 700 little ships were to take part in operation Dynamo

337.131 British and French  troops were evacuated approximately a third of these were taken of the beaches by the little ships

Most of the army had been saved snatching glory  out  of  defeat.  The  whole  country  would  breath  a  sigh  of  relief  and  give  thanks,

Coronia [Watchful] had worked from the beaches taking out troops to the bigger ferries and destroyers which would be anchored about a mile from the shore for the first days of the operation, then towards the end of the operation she made three more trips across the channel  to  bring  home  900  more  troops home ready  to  fight again.

The crew of Watchful saying to the men when she was full to capacity  WE WILL  BE  BACK and  she  did  return time after time          Lt A.H Turner received the D.S.C during  this  operation  to  commemorate  her gallant  service as part of  this  fleet which  braved  the  enemy  in  those  fateful  days of  the  summer  of  1940 when  the  fate  of France was sealed .And the battle of Britain was about to begin Watchful  [Coronia]  PROUDLY  flew  the  flag  of  the  association  of  Dunkirk  little  ships at  her masthead

THE  plan  for the  coronia  is  to  bring  her   up  to  mca  standards  also  to  serve   morning  coffees  and  afternoon  teas  as  it  was  in  the  forties   and  there  will  be  a  person  to  tell  her  history .With  this in mind we hope to employ ten staff these jobs will be of a skilled nature we would hope these jobs could go to people without work and give them new hope as our little ship did all those years ago also maybe schools would be interested in bringing pupils a board to bring to life the studies in history this little ship will never make us any money but we believe  shes worth the  restoration.

PLEASE  HELP  US  TO  RESTORE  THIS  LITTLE  SHIP

WE  WILL  REMEMBER  THEM

I am s seventy year old lady who want to preserve our past,for our past is who we are!