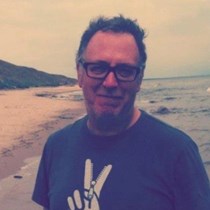 Weʼve raised £6,038 to donate to AFC Wimbledon in loving memory of Paul Silburn who sadly passed away on 21st November 2019

Following the sad and sudden passing of our beloved Paul Silburn on 21st November 2019, we, Pauls family, instead of receiving funeral flowers, would like to raise money in his memory which will be donated to AFC Wimbledon football club to contribute towards building their new stadium.

Loving husband, father of 4 proud children, son, brother, uncle, friend to many, and inspirational creative genius, anyone who knew Paul knew he was a life long passionate Wimbledon fan, and for as long as we can remember he wanted the club back at Plough Lane where he used to watch and support them as a child.

For those who don’t know the history - The old Wimbledon FC (The Dons) relocated to Milton Keynes in September 2003 and subsequently changed their name to MK Dons in the summer of 2004. AFC Wimbledon who currently play at Kingstonian were formed in 2002 by Wimbledon FC supporters who were upset by the Football Association's decision to allow their club to move to Milton Keynes miles from ‘home’. Always a supporter of the underdog and of his local team Paul’s loyalty always remained with AFC Wimbledon - the fans club (and boy was he a fan!!).

AFC Wimbledon have a long way to go in financing the new stadium back at Plough Lane, but we all feel that Paul would have wanted your donations to go towards helping them in his memory. In time we will also be arranging a fixed memorial at the new ground so that Paul will always remain part of the club.

Thank you in advance, and also thank you for all of your kind phone calls, texts, cards, and moving social media tributes. We have read so many and are very touched by everyones kind words.