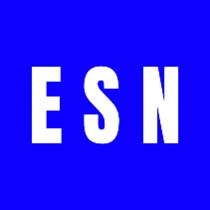 PC Laura Wright suffered serious injuries when she was struck by a vehicle that was being driven by a male who was already on a suspended sentence for knife offences.

‘I tried to move, but I was trapped. I had seen so many road traffic accidents before, and because of this knowledge, I was afraid I was going to die.

‘At one point, I genuinely believed I was going to die because my vision went white.

‘I now know that was the shock kicking in. He clearly had not thought about anyone else, which is why he ran from the scene.

‘What is even more shocking, is it could have been a civilian. I have not gone back to work, and cannot walk without crutches.

‘I take medication to deal with the pain, I still wake up in the middle of the night, having to take my medication to make the pain subside.

‘I am still unable to bend my body more than 90 degrees at the waist.

‘I have to have other people help me perform basic tasks, such as shower, or go to the toilet. This has had such a large impact on my life.

‘This has increasingly become depressing, it was my dream to work as a police officer, but it was all destroyed by someone so callous.

‘I feel that because of the stress of my injuries, I’m causing undue burden to my family.

‘I just want this to be over, and I want to move on with my life.’

We are hoping to raise as much money as we can for Laura as she continues her long road to recovery.

Stay tuned to this page for updates in relation to how much is raised and when the money is given to Laura.