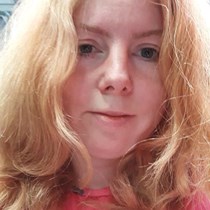 Weʼve raised £10 to Help an adult with the Pathological Demand Avoidance type Autism who has been refused PIP, conned by psychics and is struggling financially.

Firstly, I would like to start by saying that I am not the type of person that is comfortable with being on the receiving end of charity. The thought of asking others for money is something that induces extreme guilt within me. I have had friends which have suggested a gofundme page. I now set one up with an extremely reluctant attitude. I'm not asking for sympathy. I did wrong in my past but I assure people that, due to my condition, I didn't know any better. I also wasn't given the appropriate help. My story is as follows:

I was diagnosed with Asperger Syndrome as a teenager, this was after my parents had to get the local MP involved to actually get me a diagnosis. I am in my 30s and when I was at school there was absolutely no understanding of Autism within the education system. There still isn't a great deal of understanding about the Autism within the mainstream education, but at least some Autistics that learn to 'mimic' normal social functioning can at least succeed, albeit in small numbers nowadays. It still isn't enough for all of us that have the less known types of Autism, such as PDA (a very newly discovered form which is yet to be recognised officially by NICE (National Institute For Health And Care Excellence), let alone get the proper support that is successful in improving outcomes for those with PDA.

I lost my son to a 'forced' adoption approximately 5 years ago after a tirade of malicious intention reporting by a whole group of people behind my back. As a result, my son was put on a pre-birth plan. After he was born, children's services put so much pressure on me which resulted in me failing and, subsequently, he was taken into care and then I saw him for a year at a contact centre until they finalised his adoption. He would be 6 now.

I then tried to go to university to study a subject which I'd wanted to study since I was a youngster. It did not work out because the in house NAS workers had absolutely no understanding of the PDA form of Autism. This was about 3 years ago when no one was really talking about this form of Autism. However, since then, a vast amount of parents of those with PDA which currently attend school have been excluded permanently and this has resulted in a dialogue about supporting those with this form of Autism. I have only just discovered that I am on this part of the spectrum, but, it was really obvious that I fitted the profile right from the beginning of my life.

To cut a long story short, and this bit is why I'm not asking for sympathy because I did 'meltdown' and say things in anger via email that were terrible. The whole situation went to court and I had to pay about £600 pounds worth of court and victim compensation via my benefits. I also have the convictions on my record. The same thing was done to me via the school system when I was younger. I have a string of convictions for harassment (due to those laws being amended in 1997) because I innocently tried to make friends with teachers as I lacked a proper Mother figure in my own life. When I was very young (primary school age), I was encouraged to write things down to teachers if I was too shy to talk to them. That stuck and then as I grew older there was no support appropriate at school for me. I eventually got excluded because I just couldn't be like anyone else wanted me to be. I also had meltdowns and said things in anger in retaliation to the way I was treated. I'm saying how it is, not looking for sympathy.

Anyway, back to the present day. During the court proceedings for both of the situations above, I was targeted by online psychics. They took over £20,000 of my money (this was compensation for a medical negligence claim against a doctor that misdiagnosed me and other children wrongly with Epilepsy as a teenager, it was found that he'd treated me with medication wrongly and my behaviour issues started when I was taken off of that medication as a teenager). I was left in debt of over a thousand pounds (not paid off completely yet).

I have now lost my DLA payments and am living on two ESA payments per month and housing benefit that barely covers my rent since it has been increased. I've been refused PIP. I am not able to just go out there to get a job because I haven't got all my GCSE's yet (didn't get to take them at school) and because I've had convictions due to my disability traits. I'm trying to rebuild my life and have been on a number of probation courses to attempt to change my behaviour issues. I want an education and I've already had to pay for two of my GCSE's privately. I want to create a positive way forward for those, like myself, who have PDA with that education.

This money raised will go towards supporting me while I'm fighting to get my PIP benefit. The process can take up to a year. In the mean time, after being conned out of my savings, I can only just afford my rent and bills.

I talk about my life in detail on my blog: http://tinyurl.com/doapsi