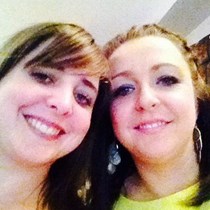 If you have been following our little family's journey you will know that in January 2021 Phil went out for a short walk around the field that surrounds our house. It was a clear, sunny day, and he had his walking poles but unfortunately, he slipped and fell. If you want to know more about our journey to this point please head over to our original Justgiving page. In short, Phil has a condition known as Ehlers Danlos Syndrome which caused his spine to become unstable and his brain to descend into his neck. After being diagnosed in the UK, we were told he needed surgery that they could not perform in the UK due to him having EDS. We found an excellent neurosurgeon in Spain and with the help of wonderful people funded his surgery and got his life back. The surgery saw him fused from his head, C0, to his shoulder level, T1. They took out a piece of skull to make room for his squished brain and released a tethered spinal cord.

Post-surgery was amazing! I had my husband back and my kids, Owain 17, Rhiannon 15, and Steffan 10, got their dad back. It wasn't perfect, Phil still had some pain but we managed with ice water therapy. He could not drive nor manage a whole day without rest but we were living life, he was able to be there emotionally and physically for me and the kids. The photo above was taken post-surgery.

When Phil fell over he knew immediately that he had damaged something in his neck and middle of his back. We got him into bed, thinking rest would help and knowing that the local hospital was not a great place to go when you have EDS. After a couple of months of being in bed and his GP doing the best he could to medicate the pain, he called an ambulance for Phil in order that he could get adequate pain relief set up and maybe some answers as to what had happened. After 6 weeks in hospital, neither of those things happened and following an overdose of opioids (medication given to Phil by nurses), Phil came home.

Fast-forward 16 months and Phil is still unable to walk, he is in excruciating pain with reduced control over both legs and his right hand. Again his neurosurgeon in the UK knows what's wrong but is unable to help due to rules around what surgery can be performed within the NHS on people with EDS. Currently, there are no private Drs here willing to do the surgery.

In April, Phil's GP added morphine and a diclofenac suppository to boost the pain relief his 50mg Fentanyl patch was providing in order to enable us to get him back to Spain to see the Neurosurgeon there. With a friend helping us lift and move Phil in Spain, Phil had lots of scans and tests. With the extra imaging, the dr was able to give us a really good idea of the damage Phil had done when he fell over.

The first thing they noticed was that his spinal cord had re-tethered in a number of places, instead of floating freely, it is stuck to his spinal column. This means every time Phil moves, his spinal cord gets stretched and tugged, yes that hurts! When he fell over he aggravated the damage done to his cord. This was complicated by him dislocating his T2 and a number of other vertebrae further down his spine for the first time, yes that hurt too! Because he has EDS those vertebrae have now become unstable and are slipping in and out of place. Each time they do this they put pressure on his already stretched cord. That is why he is in so much pain and is losing the function in his limbs.

Now to the solution! Due to complications posed by EDS in surgery and the fact Phil and our kids have been through a lot over the past few years we decided to take the conservative approach. The full fix would be fusion from T1-T12, this would leave Phil unable to move from the waist up, and a tethered cord release. Instead, we decided to release his tethered cord without fusion, this surgery is smaller, less invasive and has a quicker recovery time. It is possible that by doing this when his vertebrae sublux they will not aggravate the cord which will be free to move. The best case scenario is that surgery gets rid of all Phil's symptoms. Most likely, it will greatly reduce them to a level that is tolerable and where he can lead a fairly normal life. The worst case is that he will still need fusion.

Now that we know that lying in bed 24hrs a day in agony is not necessary, that it can be fixed, we are determined to get Phil back on his feet and out with the kids again. We have always remained positive and so we are here for a second time asking for help to make this surgery happen. The help we need is financial and anything that you can donate greatly helps reduce the burden on us. It also means that Phil may be able to take our youngest, Steffan to the park this summer and spend some quality time with him rather than deteriorating at home.

Thank you for reading about the troubles our little family face. Life is an adventure meant to be lived and whether you can help us or not we wish you well in your adventure xx