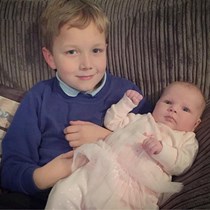 Weʼve raised £5 to Raising Money for Phil's Broken Leg, & Time off work being self employed.

A FUNDRAISING football match is being held to support local man Phil Credicott, who suffered a nasty injury during a match on July 20th, against local side Callington.

Phil, 48, plays for Lamerton Football Club but sadly broke his leg during a pre season friendly game against Callington Football Club
.
As a SELF-EMPLOYED French polisher and upholsterer, Phil will be unable to work during the many months ahead
.
In a bid to support Phil, who has played football locally for 32 years, Callington Football Club is hosting a fundraising match versus Lamerton on Tuesday, August 1. The match will take place at The Marsh in Callington at 7pm and the club is requesting supporters give a donation upon entry.

said: 'Phil has played football for 32 years and still had the same buzz and excitement for the game as he would've had at 16.
'Phil is a real character, always positive and always joking. He was still cracking jokes with the paramedics when they were with him on the pitch! Phil is a gentleman and loved by everyone in the game and in life.'

So for people that cant make the game on the night we have set up this page for people to donate a little something to HELP Phil and his family whilst he is off work.