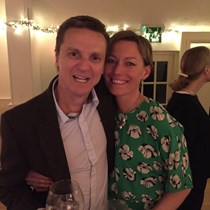 Weʼre raising £15,000 to To help HFAG pay for the costs of Judicial Review against approval of Hampden Fields

HAMPDEN FIELDS RULING: Judge Rules in Favour of Council despite ruling that the Council knowingly approved this 3,000 house development with inadequate health facilities.

On 11th March 2022 the judgement was released on our claim for Judicial Review against Bucks Council’s decision to approve the 3,000 houses on Hampden Fields. Our case was focused on supporting the NHS’s clear evidence that the medical facilities and contributions for healthcare were significantly below what they should be.

Bizarrely, the Councils case was that an increase of 3,000 houses would have “negligible” impact on healthcare to the extent that no additional doctor’s surgery or additional resources at Stoke Mandeville hospital was required at all. This is completely counter intuitive and goes against common sense. However, the judge ruled that the council were entitled to make that “planning judgement”.

In addition, the judge did agree with HFAG that the committee had been given “incorrect” information around the ability to build a bigger doctors surgery at some stage in the future. However, the judge decided that this error was not big enough that it would have made any difference.

This is a damning indictment on our Council and Councillors who, according to the judge, have knowingly approved a major new development of 3,000 houses in the full knowledge of the deficiencies and inadequacies highlighted by NHS.

It is very likely now that there will be no doctors surgery on Hampden Fields, just like there isn’t one on Kingsbrook.

Now we are faced with a big bill – we had to spend £50,000 on this case and had previously raised £35,000 through your very generous donations on Just Giving. Unfortunately costs have increased because of the amount of documentation submitted by the council (who obviously spent a seemingly bottomless pit of your money employing very expensive QC’s, solicitors, planning consultants and a like) and the developer. We are therefore re-opening this Just Giving page in an effort to bridge this gap.

We are looking into grounds for a potential appeal of this ruling but our initial advice is not promising. We will keep you updated.

Our next step will be to hold a public meeting over the next few weeks to fully inform you of the issues before we decide the future direction of the group and our next steps.

As ever , on behalf of HAMPDEN FIELDS ACTION GROUP we thank you for your support