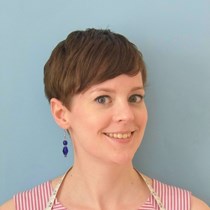 Weʼve raised £4,145 to help Phoebe and Sam with any immediate costs.

As some of you already know (and some of you may not) my twin sister Phoebe had her left leg amputated above the knee on August 25th. She had a DVT the previous week (on Friday 19th) and was released with blood thinners. She was then readmitted and transferred to Addenbrookes as her leg was not getting better as hoped and they discovered she had multiple clots in her veins and arteries. The team at Addenbrookes did everything they could to get circulation back to her lower leg (and to try to save her knee) but in the end they had to do the best thing for Phoebe's health overall and amputate her leg above the knee.

Phoebe has been married to Sam since 2011 and they have 2 beautiful children, Teddy (3) and Alice (17 months) and she is a full-time mum.

At the moment the doctors are still looking for the cause of the blood clots but we hope there will be an answer soon. We also don't really know any of the costs Phoebe and Sam might be looking at in the near future - the cost of petrol for Sam to travel to visit Phoebe, the cost of home improvements (which may or may not be covered by the nhs), the cost of childcare possibly down the line, the cost of renting a TV for Phoebe in hospital.....it could be anything. It could be something none of us has thought of yet.

So any money we can raise to make things a bit easier for this wonderful family would be greatly appreciated. The last thing they need at the moment is to be worrying about money and how to afford things they may need to make Phoebe's life better/ easier.