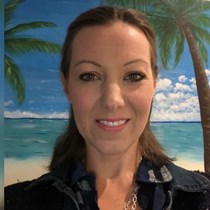 Weʼre raising £5,000 to Help get Ben Collins back to recovery

Ben Collins is a boy who is all about his sport. Unfortunately he’s suffered some really bad luck and we’re asking for a little help to get him over it. During an innocuous tackle in a friendly football match playing for his club, the Binfield Pumas, Ben suffered a ruptured ACL in his left knee, as well as a micro-fracture, a segond (not second, although it sort of is!) fracture to his tibia and a likely meniscus tear. This is very rare for a boy so young.

As a healthy 11 year old, most of these injuries will heal themselves. Sadly for Ben, the ACL tear will require surgery to perform a reconstruction, which involves using hamstring to replace the ACL. Without surgery, Ben won’t be able to play football or any twisting sports again. Once complete, Ben’s rehabilitation will take a further year. The NHS is a fabulous organisation but following Covid 19 waiting times are very long, so Ben’s parents (Paul & Lisa) have decided to self-fund the operation at the Royal Berks Hospital in Reading. Doing so will mean that Ben can get the operation much sooner and can then start the really hard work to rebuild his strength.

So we’re asking for a little help from anyone who’s willing and able to give it, to literally help Ben get back on his feet and back in to doing the sports he loves, especially football. Any donations will be gratefully received and will help pay for the operation and for the physiotherapy that Ben will need afterwards.

I'm Ben's mum and I just want to see my boy happy and healthy again. We really appreciate any contribution to getting him back on his feet. Thank you so much!