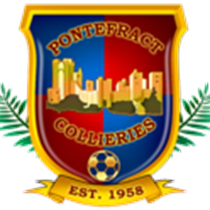 Pontefract Collieries volunteers were faced with a scene of devastation this morning after fire destroyed parts of the Harratts Nissan Stadium where they play.

Hours after the senior team enjoyed a great victory over Campion to boost their hopes of promotion from Division One of the Toolstation NCE League, fire engines were called out to the ground following a fire.

Damage estimated at £5,000 was done with valuable equipment lost and a club spokesman said it was lucky the fire did not take the clubhouse with it.

A Tweet put out by Ponte Colls said: “After last night the club are yet again left to pick up the pieces - £5,000 at least in damages that a club at our level cannot deal with!”