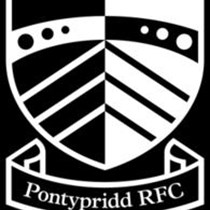 Weʼve raised £11,170 to support Pontypridd RFC to continue playing within the Welsh Premiership Division for the remainder of the 2018/2019 season.

Pontypridd RFC is a semi-professional rugby club based in the South Wales valleys. Founded in 1876, the club is steeped in rugby history and has produced numerous Welsh internationals and proudly represents the communities surrounding the market town of Pontypridd and the Rhondda, Cynon and Taf Valleys.

During the last decade Pontypridd have been crowned the Welsh League Champions in the 2011-12, 2012-13, 2013-14, 2014-15 seasons and has won the Welsh Cup 2012-13, 2013-14. They also competed in the British and Irish Cup every season since its inception during the 2009-2010 season and regularly made the knock out stages of this competition including the infamous game against Leinster A where Pontypridd narrowly lost out in extra time on try count. Over the last few seasons Pontypridd has forged strong links with both Coleg Y Cymoedd and the University of South Wales and this partnership has resulted in the forming of the Valleys Initiative Partnership.

We at Pontypridd RFC recognise that we have some of the most loyal players, fans, shareholders and sponsors that continue to support the club both faithfully and financially year in year out. However, over recent years central funding has been cut yet the day to day running of the club has significantly increased. This has now resulted in a shortfall of funds at the club and we are hoping that both fans local and further afield can help financially so that this wonderful club can continue into the following seasons.

The club hopes that in the near future a new management strategy will be drawn up to ensure future financial stability.

Any donations will result in the donor being invited to an end of season sponsor funded BBQ . This will also be extended to people who have donated through other streams such as purchasing shares since the beginning of the 2018/2019 season.