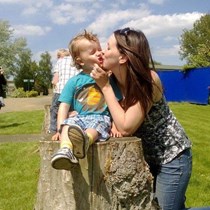 . We need your help.

Harry is 8 years old, they found Harry’s tumour just after his 5th birthday. He is three and a half years into his treatment journey, he has had two major operations, that left his unable to move. After intensive physio he is able to walk again for short distances. He has had 2.5 years of ongoing intensive chemotherapy.

Harry is still undergoing weekly chemotherapy. He is currently in Addenbrooke’s hospital, as he is having issues with severe head aches, he has swollen ventricles/hydrocephalus, they are looking at fitting a shunt this week.

This is on top of his pilocytic astrocytoma tumour in his spinal cord and leptomeningeal disease in his brain.

As a family we are beyond broken-but we are still trying to raise the money for Harry’s proton therapy-which he will more than likely now need in the beginning of next year.

All money raised will go to getting Harry proton treatment he needs and creating smiles along the way. If at the end of harry journey (no end in sight at the moment) any money is left-we will donate it to charities that have helped us along the way.

Thank you so much for taking the time to read. We are so gratful for every penny donated-THANK YOU 💙💙💙💙💙💙💙💙💙

Some days are harder than others, some days the smile is harder to fake-but every day I know how lucky we are to still have our beautiful boy and we will fight to the end to keep him by our side