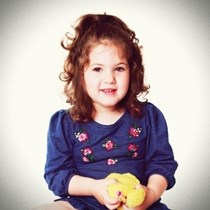 Weʼre raising £20,000 to Stem cell transplantation is her only chance! Please help...

I hold my daughter, in my head I have a race of thoughts, in my heart despair... Julia - my baby girl, who used to be healthy - disappeared forever... a cruel disease took her from me. She is the whole world - all I have! Please help me because this is the only thing I have left! I don't want to lose her - I have to get her back.

When she was six months old, day by day, Julia began to disappear. At first, it was small things. Her problems with walking has started. I was talking to her, but she didn't respond. At night I was waking up by her scream. Julia got asleep and then woke up again. Then she stopped looking at me or getting to know me.

I was terrified to watch my child suffer. She lost interest in anything. She lived in her own world, to which even me, her mom, couldn't get access to. The fight has begun. The struggle for recovery, as well as to make the right diagnosis, because none of the doctor was able to tell what was going on with her.

April 24, 2018, a date I won't forget. A call from the doctor. Genetic research allowed to make a diagnosis. Rett Syndrome. It is a rare genetic disease, caused by a mutation in one gene. Severe, overall development disorder. Children with Rett syndrome are often called as Silent Angels. Only girls get sick... they are like angels - quiet and beautiful. However, they don't have a life because the disease takes everything away from them. The ability of speech, walking, control of the body. Until recently, they were considered to be a non-patient, deeply disabled. Today it is known that they are often completely healthy minds, locked in the bodies that are very eager to speak! Julia understands more than she can tell. I need to get her out of the prison where the Rett locked her up!

Julia is still walking. She's still using his hands. She talks a bit. It's not only a luck, but the effect of hard work, which costs a lot... because none of speech and language or physiotherapy are not reimbursed. This is because the disease completely incurable - Julia doesn't deserve anything. For more than 4 years, our life has been subject to the struggle for her health, daily private treatments. It seemed that that's all I can do for my child to make her condition better... Within years, there is a light at the end of the tunnel!

Julia has been qualified for experimental treatment - stem cell transplant! What is stem cell? These are the primary cells in the blood of the cord, which quickly get into specialized damaged cells. They are used to rebuild what is damaged in the brain... To children with mental disorders, this often gives great results, the concentration gets better as well as speech. It's a milestone in development... a chance Julia needs to get! She can talk more, understand more! Maybe she could become independent? So far, even though she's 6 years old, she is not capable of being alone. Her existence only depends on the other person.

However, the treatment is not reimbursed. It is still a medical experiment. It is a series of 5 transplantations. Each of them every 2 months. But each of them costs over 2 000 pounds! It's a fee not for the blood itself. Because the blood is here, already waiting for her. This is a fee for storage, examination, hospital stay and treatment during the procedure itself. £20 000 is the amount we need for the whole series of transplantations (£11 500), a blood tests needed before each treatment (£200). And the rehabilitation ( physio, SALT, SI ) needed over the period of twelve months just to force cells to work, because without having it the transplantation itself will give no effect (£8 300)

I'm asking for your help. Let me give her that chance. It is our only hope.