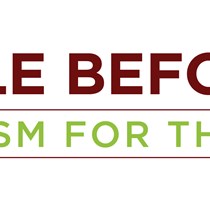 Weʼve raised £0 to fundraise as much as we can for our elected charities: PIPS, Tz Rising, Shelter NI, and South Belfast Foodbank.

This group is entirely student led on a voluntary basis and so prides itself on creativity and fundraising that is slightly beyond the norm.

QUB RAG was founded in the early 1900’s and over the years RAG has become an integral part of Queen’s, with an entire week in the second semester of every year labelled RAG week and every student being given a RAG day where they’re free from classes to do something charitable. Past RAGgies have included former President of Ireland Mary McAlese and the Godfather of Punk Terri Hooley.

Queen’s RAG can also boast to being the organiser of the largest Pub Crawl in the UK & Ireland, hosting its annual Fresher’s Pub Crawl at the beginning of each academic year for unsuspecting first years.

Queen’s University Belfast Raise & Give (QUB RAG) is the official fundraising group of QUB Students’ Union. This group is entirely student led on a voluntary basis and so prides itself on creativity and fundraising that is slightly beyond the norm.