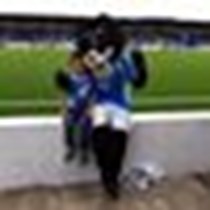 Weʼve raised £950 to help the Queens Trust purchase 76 shares or more in QOS FC to reach our target of 1000 shares. Update: Target reached! Thank you everyone!

Our target has now been met thanks to a very generous cheque received in the post! Thank you to everyone who has donated!

With this fundraiser we aim to help both the Club and the Trust by firstly offering the Club the money raised in return for the shares that we are looking to purchase.

All donations will be very gratefully received. Whether that’s the price of a half time ticket or a snack at the football, or the price of a pie, a pint, a programme or even a match day ticket. Please only donate what you can afford as we realise that this is a very difficult time for many.

Thank you very much for your interest in our fundraising goal. Below is some further information on the history of the Queens Trust and our previous share purchases and how this can help us to give supporters a voice.

The Queens Trust started in 2003. It obtained the backing of the QOS Board of Directors and after an open meeting the following year, attended by 170 people, the Trust was formally established in 2005. Since then, the Queens Trust has worked hard to support and promote the Club in many different ways: shops; stalls; events; fun days; half time entertainments; volunteering; sponsorships; shirt draw entries; advertising; social media; match posters; event promotion; the purchase of equipment, season tickets, shares, and much more.

The Queens Trust is also there as a voice for the supporters. In 2017 the Trust had a resolution successfully added to agenda of the Club’s AGM for supporter representation on the Club Board. This resolution was given backing by four other supporter groups. Queens Trust currently has 312 members and 924 shares in the Club.

In the first couple of years of the Queens Trust 404 shares were bought directly from the Club for over £6000. It was mentioned then, in a Trust newsletter, of the hope of soon reaching 1000 shares. However, it was not until five years later, during the Save our South Campaign of 2011, that the Trust were again in a position to purchase another 400 shares. This second lot of shares were purchased directly from the Club at the cost of £6000. In the years since then, the Trust has been able to buy a further 120 shares from private individuals. This takes us to our present total of 924 shares.

Out of the Clubs 1000 shareholders, the Queens Trust is the 18th largest shareholder. Having this number of shares was crucial to enabling us to raise a resolution for supporter representation on the Club Board in the 2017 AGM, along with the support of the D & G Council share holdings. Without our shareholding this would have been extremely difficult. Increasing the Trusts shareholding makes it easier for resolutions to be raised at any future AGM’s and gives the QOS Supporters Trust a stronger voice.

Once our fundraising is complete, we will first approach the Club to offer them the money raised in return for shares. In this way both the Trust and the Club will benefit. However, if no shares are available from the Club, we will look to purchase the shares from a number of other sources available to us, knowing that this money has been raised solely for this purpose. We will look to get the best price possible for any purchase, and will look to pay no more than the £15 per share that the Club was selling them for in the 1990’s/2000’s.

We have already had one very kind offer from a Queens fan for a donation of a number of shares, whilst they plan to still keep one share so that they continue to have a shareholding in the Club and receive the annual accounts, etc. If any other fans are interested in doing something similar, either donating or selling their shares, please do get in touch.

Co-chair of the Queens Trust.