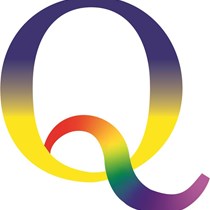 Weʼve raised £3,798 to Help the LGBT+ community affected by war

The purpose of this fundraising effort is to raise money to assist both Ukrainians who are fleeing the war as well as Russians who are fleeing persecution, particularly LGBTQ+ people and other vulnerable individuals. As a result of sanctions against Russian financial institutions, many Russian citizens who are actively against the war are unable to purchase plane tickets or pay for accommodation abroad using their Russian-issued bank cards. With the number of international flights out of Russia rapidly decreasing, many are in danger of getting stuck in Russia where they could face prosecution, imprisonment and forced conscription.

Since February 24th, 2022, Russia's criminal war against Ukraine, has been marked by the loss of human lives, forced displacement of millions of Ukrainians and violent repression within Russia against those opposing the horrifying actions.

More than 15,000 anti-war protesters have been detained across Russia, many of whom could face lengthy prison sentences. Under new legislation rushed through the Russian Duma, anyone in Russia who refers to Russia's brutal invasion of Ukraine as a "war" can be held criminally accountable with penalties of up to 15 years in prison.

Torture of detainees in police stations and detention centres in Russia is becoming increasingly brutal and common. Russia's prosecutor general's office has declared any form of public or financial support to Ukraine and the Ukrainian people as an act of treason. While authorities in Moscow are using facial-recognition technology to track down protesters, police are now also stopping and searching people on the street, looking for incriminating evidence of "anti-Russian activity" on their smartphones.

• groceries and sanitary products for the refugees

The funds will not be used for direct monetary assistance.

It is imperative that we help as many LGBT+ Ukrainians as possible to escape from this war. Given rumours of impending martial law in Russia and the indiscriminate violence of Russia's police, time is of the essence in order to evacuate vulnerable people.