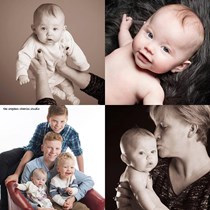 Weʼve raised £100 to help 18 year old Ben Harvey the victim of a hit and run which left him injured and his motorcycle badly damaged.

On the 30th July Ben was riding his motorcycle in plymstock Devon and was the victim of a hit and run accident which left him in hospital injured and his motorcycle badly damaged. The driver responsible stopped momentarily and then sped off. Despite there being witnesses and a current police appeal in the media police have to date not identified the driver. This incident happened 2 days before Ben's 18th Birthday and left him in plaster, in pain and on crutches for his 18th birthday which he was then unable to celebrate as planned and his motorcycle which was an early birthday present and saved for by his mother for over a year, badly damaged. Ben is just starting out in his adult life and the motorcycle is vital for him to be able to start his apprenticeship in September. Because of his age ben was only insured 3rd party and as the driver sped off he has no means of claiming to get his vital transport back on the road.
This young man really deserves a break and some good news on the back of what was a totally ruined 18th Birthday. He has not only been the victim of a hit and run but is now also being severly affected by the fact that the driver drove off and he has no means of seeking any recompense to be able to repair his bike and get it back on the road. Something he deaperately needs to so ifhe is to be able to take up his apprenticeship in construction in September. The fact that his is now laid up for the rest of the summer due to his injuries means he can also not carry out his weekend job at a local cafe so has lost jis only source of income. He is someone that will always do anything for anyone without hesitation, but this time it is he that needs the help of others.

I am Ben's mum and have set this page up in a desperate bid to try and give his something positive at a time when he is injured , missed celebrating his 18th birthday because of his injuries, and his bike has been badly damaged. all from something that wasn't his fault