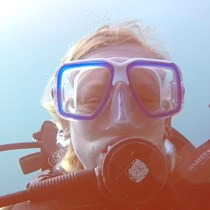 As a university student, I will be embarking on a research assistant expedition to Indonesia alongside the Operation Wallacea organisation. Over the 4 weeks there, I'll be gaining insight into the surveying and data collection of both marine and terrestrial native species, as well as completing a dive training course.

Marine research objectives- There is a triangle of reefs in Eastern Indonesia that have the highest diversity of hard coral genera, the proxy commonly used to assess overall diversity of coral reefs anywhere in the world. Both the marine research stations being used by the Opwall teams are in the centre of this triangle.

The South Buton marine research centre has established a series of standard monitoring sites on reefs south of Bau Bau and around the adjacent islands. These are being monitored annually and it is hoped to use the data to demonstrate that a number of the reefs in this area are of high conservation value. The next step is then to begin implementing some conservation management strategies involving all of the local stakeholders in the near future. There is also a small team at this site working in collaboration with the Global Fin Print Project, which monitors shark and ray populations through the use of baited remote underwater video systems.

The Hoga Island marine research station is located in the heart of the Wakatobi Marine National Park. Annual fisheries monitoring is being completed to assess changes in the fisheries particularly as some of the management initiatives developed by Opwall (e.g. buy outs of fishing licences and carrageenan extraction) begin to hopefully have an impact. Alongside these long-term monitoring projects there are also newer projects such as a coral restoration program and seagrass monitoring to provide a wide range of opportunities to all.

Terrestrial research objectives- The Wallacea region comprises islands of the central part of the Indonesian archipelago that are separated by deep ocean trenches. As a result of the long period of isolation, a large number of unique species evolved. The forests of the Wallacea region are one of the least biologically studied areas in the world and one of the most likely places to discover vertebrate species new to science.

Opwall have continued monitoring the abundance and diversity of key taxa in both the central and northern forests of Buton Island. All the Opwall gathered data on the northern and central forests of Buton is being submitted support an application to fund a REDD+ application to protect the carbon and biodiversity of the Buton forests and ensure that local communities have a financial benefit from this conservation programme. In 2019 survey teams will be completing surveys on the transect network at a series of camps spread across central and northern Buton. The rapid assessment mobile team in the northwest corner of Buton will be completing biodiversity surveys in these forests building upon primary research conducted in 2016 and they are the first ever surveys in this area.