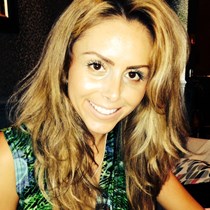 Weʼve raised £9,434 to support the Pass It On campaign throughout the year helping homeless and vulnerable people in the UK

Pass It On started in September 2015 through a chance encounter in London. Our founder, Jonathan Bunting, was walking away from a business meeting in London when he saw a homeless person. He bought them a sandwich, and a hot drink, and had a 5 minute chat with them. Driving home he reflected on the positive impact that small gesture appeared to have on the homeless person, and decided there must be more that the business he was running could do to practically help the homeless and vulnerable in the UK.
The next day he spoke to his Directors to suggest that Smiths News asked its 2000 colleagues to donate 500 items of warm clothing, sleeping bags, and for a small number of volunteers to join Jon in giving them out in the streets in the evenings over the winter period. The reaction from colleagues was incredibly positive and in that first year over 1000 items were donated, and 12 UK cities were visited by 50 volunteers. 1000 homeless people were helped that winter.
Since then Pass It On has grown every year and after 4 years it has now helped over 4000 homeless and vulnerable people in the UK, providing warm clothes, sleeping bags, toiletries, hot drinks and food, and almost as importantly a friendly face to have a conversation with.