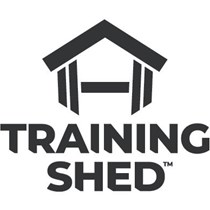 Having been an avid rugby player since high school, Jon "Taz" Tarrant set his sights on joining Stratford Rugby Club when he moved to the area in 2013. Aspiring to join the 1st XV Club, he set about training and put in extra shifts with the Club Strength and Conditioning Coach at the Training Shed gym. It took three years in the 2nd XV, earning trophies for the Most Improved Player and Players' Player before being selected as Prop for the 1st team.

Starting in the front row for Stratford 1st XV was a dream come true, and although they narrowly lost the game, Taz received high praise from the Club Director Tom Rance and took one step closer to gaining his first Club Tie. A fortnight later, in front of a home crowd at Pearcecroft, a ruck collapsed and trapped his leg causing him excruciating pain. This lead to Taz being taken to the Coventry & Warwickshire University Hospital by air ambulance.

The Consultant explained that he had dislocated his knee and also sustained vascular damage. The oxygen-starved muscles in his leg were dying. In theatre as they fought to save his leg his kidneys began shutting down and he ended up in intensive care. After four weeks in the hospital Taz was sent home for Christmas with a life-changing decision to make. Operate on his foot but make the leg immobile or amputate from the knee down giving him access to physical activity.

While taking his time to decide, he struggled on crutches and relied heavily on family and friends for support until deciding to have the amputation. In September 2018 surgeons removed his lower leg. Adapting to a new life, Taz received a primary prosthetic limb and although this gave him the opportunity to get back to the gym and walk unaided his inner sportsman wanted more!

For Taz to take up a sport again he will need a specialist prosthetic limb which will cost £8k. The Training Shed, in association with the Pearcecroft Charitable Trust have decided to raise as much money as they can and are organising a "Raise a Leg" Fundraiser. As Taz is a keen cyclist, The Training Shed will be holding a “bikeathon”. In 12 hours, using 2 fitness bikes members of the rugby team will attempt to cycle 250 miles.

Taz still show’s his support for the club and attends every home and away game. It is now time for us to show him our support and help him in his new adventure.

Any donations above the purchase of the prosthetic limb will go to the Pearcecroft Charitable Trust. 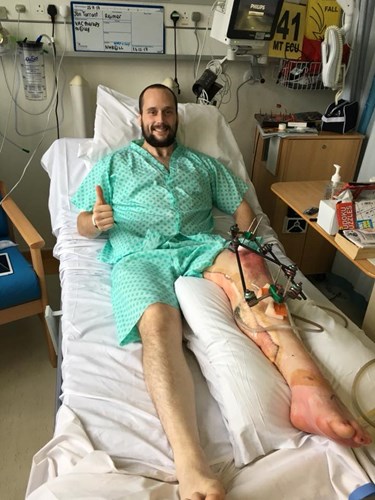