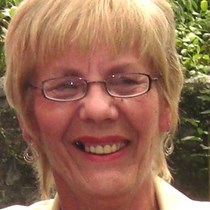 I started this Fundraiser as a Spend a Penny campaign, for donations to build the first stage of the Resource Centre – the latrines.

However, thanks to the generosity of many people, the Foundation was able to dig those latrines and move on to brickmaking.

And so I’m altering my JustGiving page to ask for donations for the whole build.

Our Father's Day gift idea has been very successful and there are many fathers' names collected to be put on to a plaque to be hung in the Resource Centre when it's completed.

The Malawian people have a tradition of naming buildings after people. The Resource Centre will be named after my late mother and sister.

To have your name, or that of a loved one, inscribed on the plaque doesn't need to be limited to Father's Day.

The Resource Centre will comprise a general room where the children and elderly folk can get together; a library; a computer room so that the kids can learn IT; the WSHHF office; stores; and a small guest room.

For now, the latrines, kitchen and craft shed will be built outside. The building will be constructed in such a way that at a future date, when we hope that water and electricity connections can be made, these facilities can be brought inside.

A video of them is here

I will leave intact the rest of my original introduction so that you can see the progress as it happened.

Thank you so much to everyone who has donated.

‘Spending a penny’ – for those who don’t remember having to put a penny in a slot of a door in a public loo, this is what ladies did; the men went free!

I'm the Administrator (in the UK) for a Foundation in Northern Malawi which is bringing hope to the many orphans and elderly people who have absolutely nothing.

The Foundation had its first birthday last week. During this last year, it has made tremendous strides, thanks to people's generosity of spirit.

The Foundation, whose website can be seen here William Stewart Foundation is named after my father, who is a Co-Founder. The Foundation currently receives no funding other than donations and every penny goes towards the Foundation's work.

Gifts have been sent to the children; basic items like pencils and notebooks, without which they cannot go to school; clothes; soap, toys. The Foundation has just held a Lego Party, the bricks having been donated by a nursery school in Scotland. Unfortunately, the rains were still coming down, and so over 100 kids had to cram into one of the school rooms. But they all still enjoyed the day and, when much more Lego currently on a container arrives, they will have the planned outdoors party. 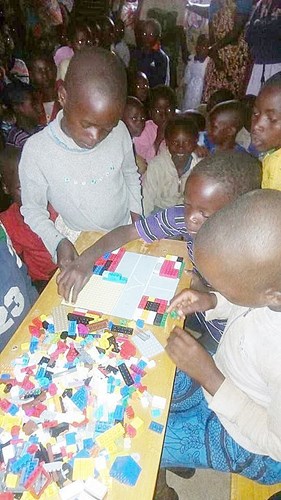 Space is a problem for the Foundation and so plans are underway for the build of a Resource Centre in order that the children can have somewhere to be fed (crops are growing well in the Foundation gardens) have fun, to learn life skills - to have a home from home. And so can the elderly folk. Land has been gifted by the Chiefs for this purpose.

The work will be carried out in four stages - latrine blocks; kitchen area; crafts shed and the main Resource Centre.

At the moment, the children, at events laid on for them, or their knitting classes or organised ball games, have to squat behind a bush if they need the loo and so that's the first step - to provide somewhere private and hygienic for them - a two-compartment brick built latrine block for females and the same for males.

I am making this appeal to raise funds for that initial stage because the builders have agreed to do the latrine build and receive payment when the Foundation has funds.

Levison Mlambya, the Co-Founder, his helpers and the builders are working hard with picks, shovels and buckets - no mini diggers here to ease the workload 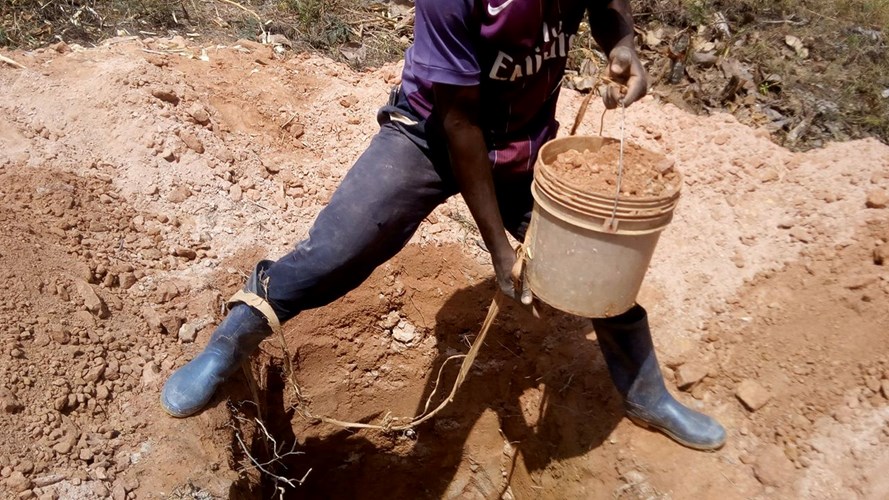 By UK standards, the cost of the whole latrine build is relatively small - 900 pounds Sterling - and so I'm asking for your help to raise this. Whatever you can afford will be welcomed.

Your pennies will let the children spend one in comfort