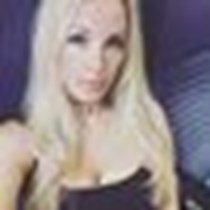 Weʼve raised £1,540 to help with costs of Reuben's medical treatment. This time it's the classic London to Brighton Bike Ride

The mission took me from London via Bruges to Ypres
which meant a gruelling 230 miles from London to the heart of Flanders
taking in places such as , Dover, Dunkirk, Kortrijk and Oudenaarde

One of the high lights for me was the Amazing Kemmelberg climb - the infamous cobbled climb rising to max gradient of 23% which i achieved to rapturous applause.

So far everybody involved with raising funds for Reuben's treatment have already raised £102,685 of the £250k goal.

Who is Reuben?
On the 12th December 2016 Reuben's parents discovered their precious little boy had Neuroblastoma a rare childhood cancer affecting fewer than 100 children in the U.K. each year.
As tests promptly started each piece of news seemed more devastating.
Reuben was stage 4, high risk, metastatic neuroblastoma. As in 50% of cases of this aggressive type of cancer,
his primary tumour was found in his abdomen but had already spread to bones and bone marrow before his parents had any idea.
Just weeks before he had played alongside friends at birthday parties and attended pre-school like every
other happy 2 year old who was really looking forward to Father Christmas visiting.
He spent his 3rd birthday and New Year's Day in hospital, has undergone MRI scans, bone marrow and tumor
biopsies, a blood and platelet transfusion, two rounds of chemotherapy to name but a few procedures. All the money we raise will allow Reuben to receive the best chance possible to beat this awful disease, so donate whatever you can a do something amazing today xxx