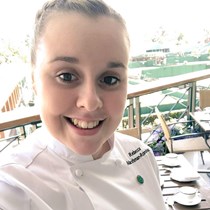 Weʼve raised £5,172 to Help Save The National Marine Aquarium With A 24 Hour Bakeathon With All Cakes Going To NHS

Due to the global pandemic aquariums across the UK have been forced to close, but have been left with huge ongoing costs to cover. Aquariums have an important role to play in conservation, education and research at a time of a mass extinction crisis and as an Ocean Conservation charity, The National Marine Aquarium relies on visitors to the Aquarium to fund vital habitat restoration and behaviour change programmes. Even when closed to the public, the cost of operating the largest Aquarium in the UK can be up to £10,000 a day. The National Marine Aquarium has already lost £1.1million in income since closure.

Despite this the government has still not confirmed a date for reopening, which is essential for aquariums as lockdown has seen their income disappear while they retain the high costs of world-leading animal care. Normally during the summer months aquariums would be welcoming and inspiring thousands of visitors, but the National Marine Aquarium now faces a challenge to survive and is therefore planning a big week of fundraising, kicking off next week on Monday 29th June.

We are excited to Kick the week off with a very special bake-a-thon! Rebecca Marshman-Rondeau, Head pastry chef at Wimbledon is giving her time and effort as a massive supporter of the National Marine Aquarium, she will be baking pastry treats for our wonderful NHS staff for 24 hours non-stop from her home to fundraise vital funds. She will be creating delicious boxes of cakes, tray bakes, cookies, and biscuits to deliver to various NHS services, including Great Ormond Street and St Georges Hospital.

Rebecca has created many amazing desserts and afternoon teas in her career an worked at many high establishments and now she know wants to use some of her time to participate in an incredible non-stop 24 hours bake-a-thon starting at 8am on Monday and finishing at 8am on Tuesday 30th June. All the treats that are produced during this time will be boxed up and distributed to reach NHS workers to give them a much needed pick me up and sugar boost, and all the funds raised will go towards the upkeep of the aquarium – keeping the animals safe, well fed and important restoration projects and education.