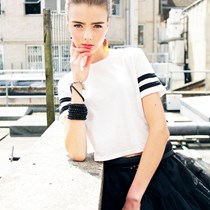 Weʼve raised £30 to Help raise awareness of RED-S in athletes.

As I began training to run competitively rather than just as a hobby, I began to take on the attitude of ‘train harder to perform better’. Initially the increased training and focus on a ‘healthy diet’ were paying off and everything felt like it was falling into place. My times were improving and I was beginning to look more like what I viewed as a ‘competitive athlete’. However after a few months my training sessions, race performances and general energy levels began to plummet. The motivation I had gained to become a competitive athlete was still there but not as strong as it had been. It became apparent to me at the beginning of this year, finally after many appointments and remarks from family and friends, that I was under fuelling for the amount of training I wanted to do. Not intentionally, but by lack of knowledge and denying myself those ‘unhealthy’ foods that would provide me with much needed calories that I need to fuel my body.

I have been inspired by many recent stories in athletics such as Anna Boniface and the TrainBrave programme, to recognise and open up about my story with RED-S [Relative Energy Deficiency in Sport]. It has been very gradual and definitely not easy, but I have to remind myself daily that I choose to do this sport due to passion but in order to sustain myself for the future, I need to fuel myself adequately and take rest when needed. Obvious to some, but sometimes difficult for people like me to make the connection.

It is in my hands to reverse the damage that I have done. It will not be a magical overnight fix, but I have definitely noticed my mood and body improving since accepting the change. The change that will keep me equipped to maintain a passion for my sport.

I have started a blog in order to document my story with RED-S and provide support and advice to athletes also going through the process, you can find this at https://runningfreedom.home.blog/ if you want a little read!

Finally, I am going to be taking part in the Uttoxeter Festival of Running on May 5th in order to raise awareness of RED-S. Although this is not a run to raise vast amounts of money, rather to raise awareness in my fellow athletes, I have set up a JustGiving page if you would like to donate in order to raise funds for me to organise something to help raise awareness of the sport for athletes in my sport. For anyone who wants to be there on the day, I am happy for you to contact me, and we will probably go out for a ‘Staffordshire classic’ refuel of oatcakes and milkshakes after if anyone wants to join us.

I am alos doing this in memory of both my Grandpa and Grandma who have passed away suddenly from cancer. They both made worried comments about my weight, and I know watching me become a healthier person up in heaven will make them extremely happy!